University of Sunderland sweeps the board at prestigious awards 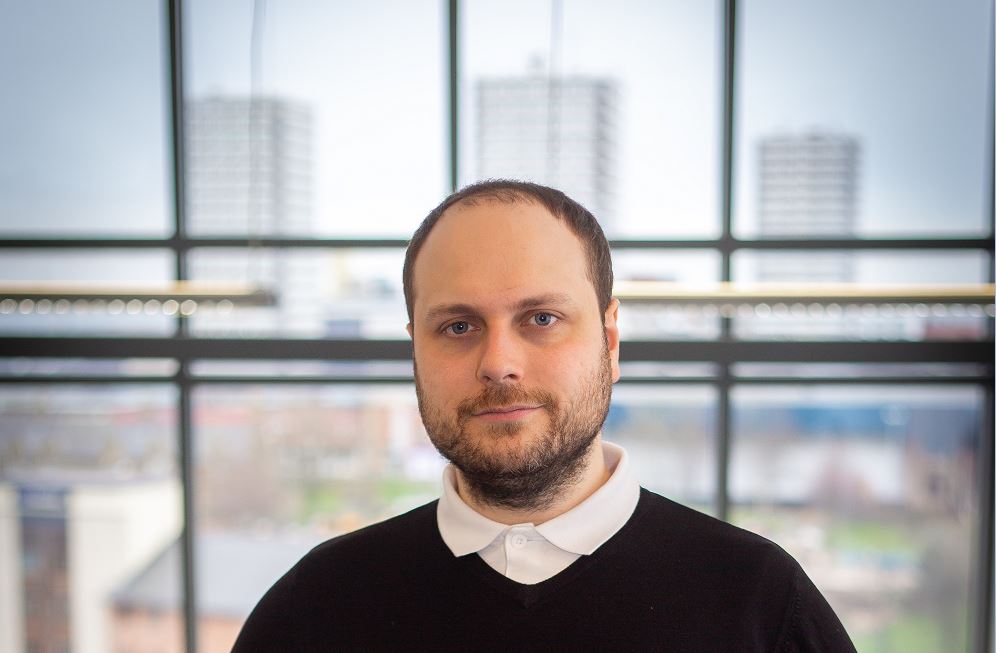 Talented filmmakers from the University walked away with seven top prizes at the red-carpet event, at the Hilton Newcastle Gateshead on Saturday night.

The night, hosted by Jason Cook, was attended by 400 guests including media celebrities, many of whom presented awards.

And it was a night of celebrations for current students and graduates from the University.

Short films ‘72’ and ‘Quite by Chance’ both picked up two awards each, while ‘Freedom’ and ‘Two Monkeys’ were also named category winners.

The University of Sunderland also won in the Commercial category for a promotional short created by Video Producer Edward Westman.

Lucas Lowe, Director of 72 – a romantic tale set in the digital age – said he was delighted the short had won in the Comedy and Entertainment and Camera categories.

He added: “We couldn’t have made 72 without the help and support of the University. It was filmed entirely with equipment from the Uni.

“Equipment aside, we couldn’t have done what we did without the advice from our caring lecturers.

“I feel very proud to win such a prestigious award. It’s our first time being nominated for an award of this scale and we are excited for what the future holds.”

Quite by Chance, which follows a blossoming, long-distance relationship, won in the Drama and Production Design categories.

Director Amy Murphy said: “It’s so nice to see that the long, cold days by the freezing coast have paid off.

“Our lecturers helped us in so many ways. The University provided us with industry standard equipment which was crucial for reaching the quality needed to be successful.

“The lecturers also helped us to shape our skills and knowledge to create a short film based on a wonderful story.

“To be nominated for an RTS is amazing, and shows that each and everyone’s hard work on this production that has created a film like this is amazing. We are all very proud of everyone involved.”

Two Monkeys, which explores the bygone era of Sunderland rave clubs, the Blue Money and the New Monkey, was winner of Best Factual Short.

Director Rob Kilburn said: “This would not have happened without the opportunity to meet and work with the other filmmakers involved in these projects through attending the Digital Film Production BA.

“Our dissertation piece, Two Monkeys, which was received well by the public is currently competing with professional films which is a great honour.”

Walking away with top honours in the Editing category was Freedom – a short about a house viewing that goes awry when cabin fever sets in. The film was also named 1st Runner-Up in the Drama category.

Isaac Johnson, 23, Director of Photography on the film, said: “This project was so important to the whole crew and we dedicated almost our entire lives to this film during production.

“To have that hard work recognised at such a prestigious event is an amazing feat and brings us confidence moving forward as the filmmakers of the future.

“I had no prior experience of any media related subjects, but I fell in love with the Film Production course.

“The lecturers are dedicated to helping the students achieve the best of themselves, and supply all of the necessary training and provide the equipment for us to go out and be the best filmmakers we possibly can be.”

Speaking about the University’s success, Sir David Bell, Vice-Chancellor and Chief Executive, said: “The overwhelming success of our graduates and students at this year’s RTS Awards directly reflects the standards of teaching and the quality of our film and media programmes.

“I congratulate all the winners and look forward to following their future filmmaking careers.

“And who better than one of our graduates, Edward Westman, now an employee of the University, to create an exceptional and energetic film about student life on campus and around the city?

“The film was well received by our new students, at a series of events in September where I was able to welcome them personally to our University.”