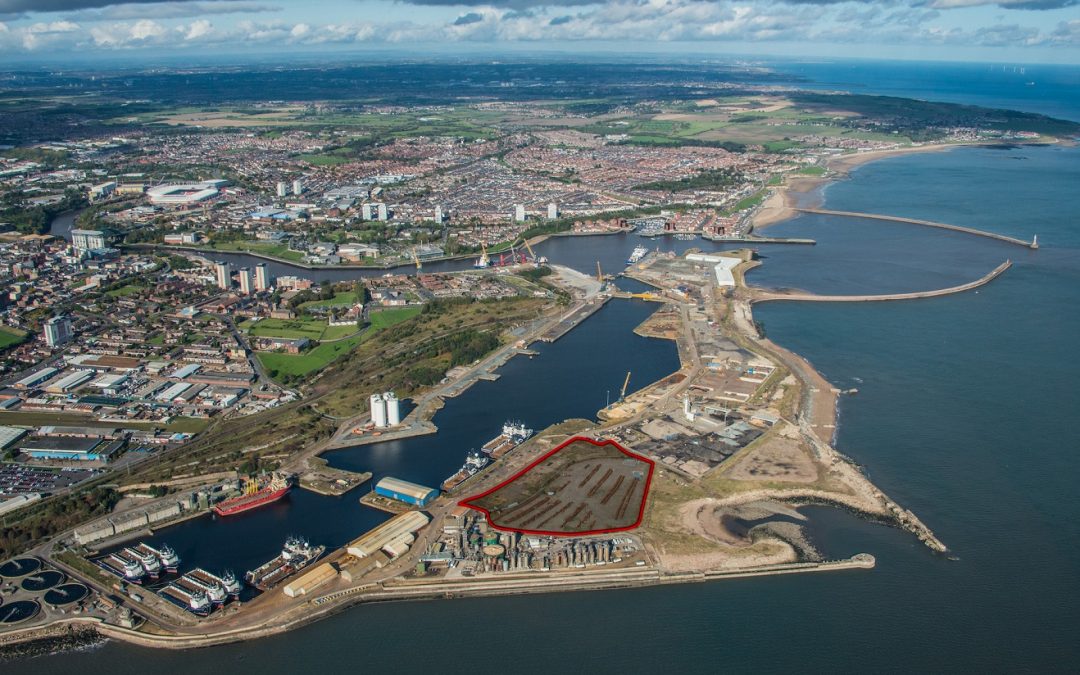 A Scandinavian recycling start-up is investing in the UK, with the opening of its first waste tyre recycling plant at Port of Sunderland.

Wastefront AS will use new and existing certified technology to convert locally-sourced end-of-life tyres (ELTs) into useful commodities, including liquid hydrocarbons and carbon black, which can then be reutilised in processes such as alternative fuel or ground rubber manufacturing.

The construction of the plant – subject to planning – is expected to begin in early 2021 and will generate around 100 jobs in the region.

Once fully up and running, in the second half of 2022, the company will employ as many as 30 full-time members of staff.

Wastefront recently received funding from the Norwegian state-owned company and national development bank, Innovation Norway and it is supported by government agency, The Research Council of Norway (Skattefunn).

Wastefront’s decision to invest in Port of Sunderland was influenced by co-founder and director, Christian A. Hvamstad, an alumnus of the University of Sunderland.

Speaking about the investment, he said: “The construction of our first ever plant at Port of Sunderland marks a huge step in Wastefront’s efforts to combat the global issue of ELT waste.

“Our ambition is to create a new circular economy for dealing with waste issues, and a crucial element of sustainable waste handling is to be able to do so locally.

“Wastefront’s first plant in Sunderland will represent a valuable contribution to a cleaner future by dealing with a specific waste problem, where end-of-life tyres no longer end up in landfills in overseas countries, but instead are converted into useful commodities that can be used within the region.

“The UK is a global centre of industry which we want to be a part of, while Sunderland is the ideal location for our first plant due to geographical location, access to feedstock, strong local support and Sunderland’s history as an industrial city.”

Port of Sunderland is currently undergoing a major transformation bolstered by an £8.2 million investment, after areas of its estate were granted Enterprise Zone (EZ) status in 2017 – with a key aim of attracting new investment – and Wastefront is the latest in a string of businesses to invest in the North Sea hub.

Matthew Hunt, director of Port of Sunderland said: “We are delighted that Wastefront has chosen to construct its first ever plant at Port of Sunderland and we are looking forward to working with Christian and the team to bring their vision to life.

“Port of Sunderland is currently undergoing a major transformation, with over £8 million being pumped into improving its roads and infrastructure, and the decision by Wastefront to invest here shows just how much confidence this is breeding among our stakeholders and the wider market.”

The port is owned by Sunderland City Council who have led the charge with investment, with land and equipment acquisitions that have spurred on the development of the estate, as well as significant improvements to infrastructure to pave the way for investment.

Councillor Graeme Miller, leader of Sunderland City Council and chair of the port board, said: “Port of Sunderland is a significant asset, both in terms of its traditional shipping activity capabilities and its ability to become an economic driver, attracting jobs and investment into the city.

“We have seen the estate transformed over the last decade, and more and more investment is pouring in, which is in itself helping to capture the attention of investors and business occupiers.

“This latest announcement demonstrates just how attractive a proposition our port is becoming and it’s great to have attracted this Scandinavian firm – we know that Nordic countries are among the leaders in the world when it comes to renewables and green technology, so it’s fantastic to attract foreign investment that will bring that to Sunderland and the UK.”