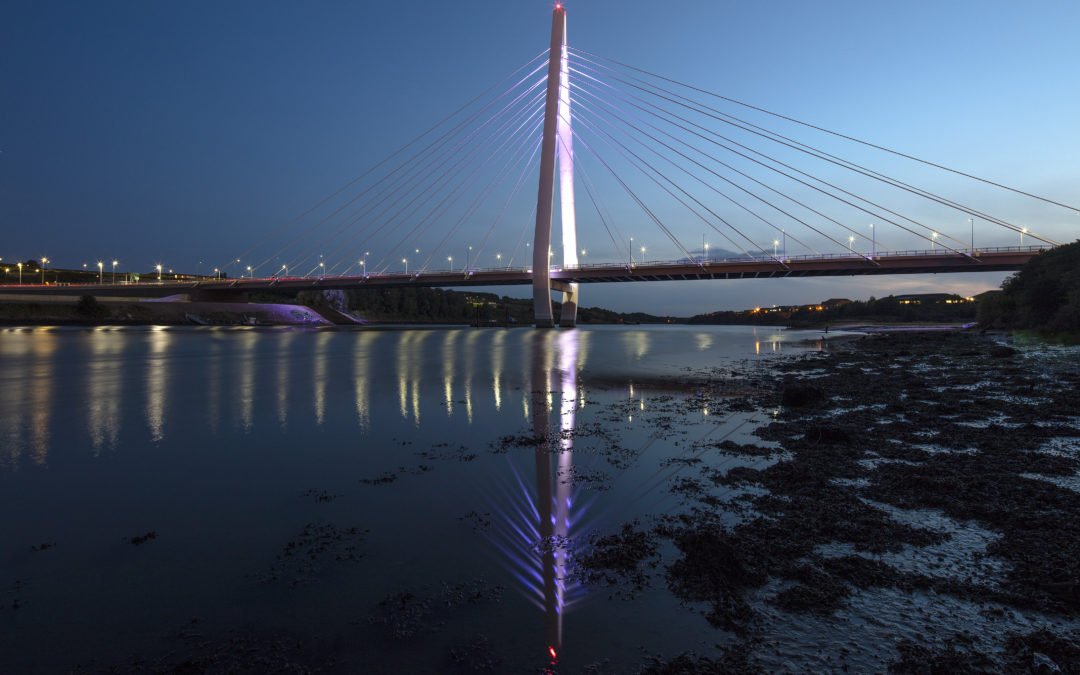 The city’s new bridge, which opened in August last year, was named Transport Project of the Year in the British Construction Industry Awards.

Northern Spire was up against six other projects including the Dover Western Docks Revival Scheme, London Underground’s Victoria Station upgrade and the Ely Southern bypass but scooped the top award.

The British Construction Industry Awards (BCIA) are widely recognised as the most prestigious awards in the build environment sector, seeking to recognise and reward excellence in project delivery.

This is the latest in a long line of industry accolades for the landmark 105m tall cable-stayed-bridge which links Castletown and Pallion.

“As well as being a thing of beauty, Northern Spire is also a vital transport link helping drive forward the city’s economic growth and connectivity by linking the Port of Sunderland and city centre with the A19, IAMP (International Advanced Manufacturing Park) and the wider transport network.

“Since it opened last year it has been used by 5.5 million vehicles – that’s an average 15,000 vehicles a day

“But as much as anything, it is also symbolic of the city’s confidence and of our bigger investment plans with an estimated £1.5bn investment in the city between 2015 and 2024, including £0.5bn in the city centre.

“Everyone in Sunderland is immensely proud of Northern Spire and it’s wonderful to see it being recognised nationally too.”

In their comments, the BCIA judges said: ‘The public engagement stats are incredible and testament to the project’s popularity. What a great project. Beyond exemplary community engagement with more than 2000 visits to site, including many cohorts of primary school children. There was an obvious pride in the achievement and a genuine effort to use local skills and expertise.

‘The project is exemplary on so many levels. It is one of the few projects which has actually tried to measure the wider economic and social benefits which are huge. Connectivity, local labour and extensive engagement with local schools helps showcase.’