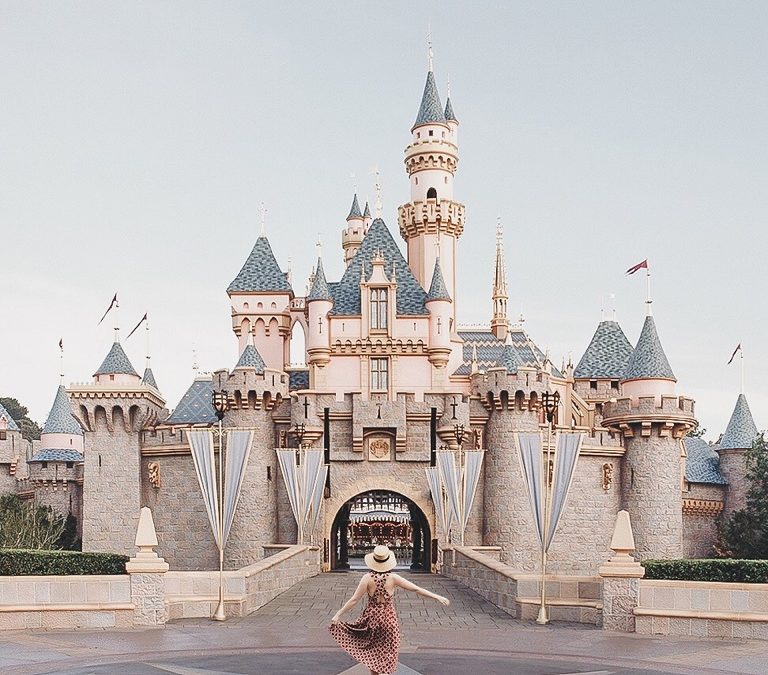 Can you believe your own eyes?

That was the question asked by a University of Sunderland student when she hacked her own Instagram account.

Blogger Carolyn Stritch faked an entire trip to Disneyland to show just how filtered and photoshopped social media can be.

The Photography Video and Digital Imaging student, who is in her second year of study, pretended she was celebrating her 22nd birthday with a trip to California.

But Carolyn was in fact thousands of miles from the sunshine state, exposing how simple it is to portray an exciting ‘life’, without actually living it.

She had simply used Photoshop to cut out her body from a photograph taken in the cold North East of England and imposed it on a picture in Disneyland, California, she found on the web.

Alongside descriptions of what she was doing, Carolyn posted a picture of herself appearing to stand in front of Sleeping Beauty’s Castle. The picture received over 18,000 likes.

Carolyn, who posts under @theslowtraveler, wrote: “I’ve taken myself off to California. There I am in front of Sleeping Beauty’s Castle – my crazy, self-indulgent 22nd birthday present to myself.

“Tomorrow I’ll be back home and it’ll be like it never even happened! I keep saying to myself: it’s kind of fun to do the impossible. Life is what you make it!”

In reality, Carolyn never actually went to Disneyland, and she was not celebrating her 22nd birthday – she is 32.

Carolyn said: “I came up with a story: my FaceApped perfect self, who’s 10 years younger than I am, flies off to Disneyland for the day, and somehow manages to photograph herself all alone in front of Sleeping Beauty’s Castle.

“I manipulated images, captioned them with a fictional narrative, and presented them as real-life.

“I hacked my own Instagram account. I wanted my fictional narrative to challenge the way I portray myself online and the effects of this portrayal.

“Nobody wants to see me in my pyjamas, with my explosive morning hair, hunched over my laptop on the sofa.

“That’s how I spend most of my days. You want to see my books, my windows, my travel photography, same as I want to see the best bits of your daily lives.

“But there’s a line. In this project, I crossed that line, went way, way over it so I could work backwards and figure out how far I can reasonably go and still make work that’s both responsible and good.

“This project was about me questioning my own practice. I’m sure some people look at my account and it makes them feel bad.

“Look at my account and you might think I’m always either travelling or I’m lounging by the window with a coffee and a book.

“Those are the very best bits of my life. I have to work, study, exercise, clean the bathroom, do all the stuff everybody else has to do.

“I feel all the same pressures my followers feel. I want people to know that.”

Through her ‘hacking’ Carolyn, from Newcastle, was also hoping to reveal how reality can be created on social media without anyone questioning its authenticity.

When Carolyn ‘faked’ her own face, she was shocked by the results.

“I was horrified when I saw my new face,” she says – her own mother didn’t question the image, assuming instead that her daughter had simply “gotten really good” at make-up.

The student came clean about her ‘adventure’ on her blog admitting that she “came up with a story”.

Professor Arabella Plouviez, Academic Dean for the Faculty of Arts & Creative Industries at the University of Sunderland, said: “Carolyn has really provoked some interesting debate through her ‘hacking her own Instagram’ stream.

“This is not about tricking people but rather about revealing something about our relationship with the digital world and she is opening up a bigger conversation about that world.

“I’m really impressed with the way that Carolyn undertook this project and that she took risks to challenge herself and engage an audience in such a complex and thoughtful way.”