Life is like a sausage: Terry Deary on 25 years of Horrible Histories 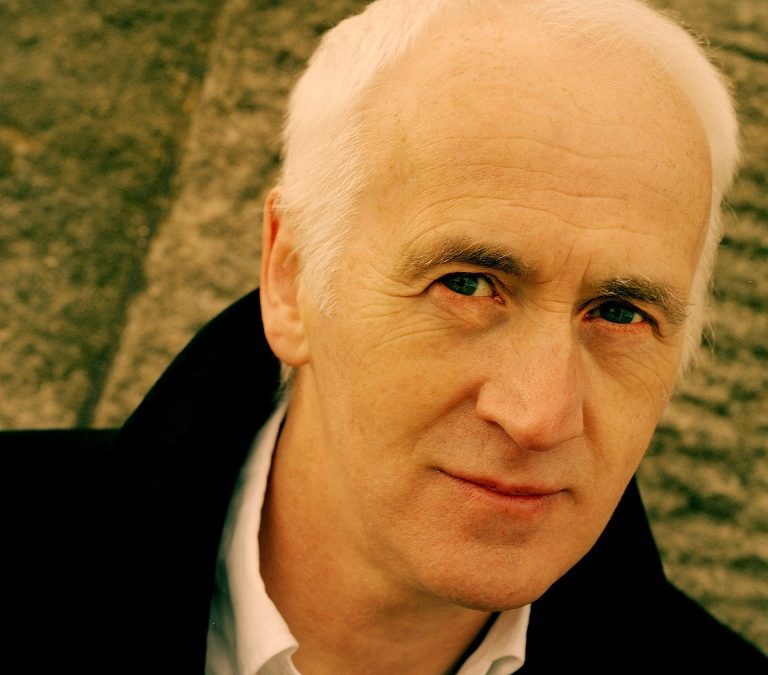 Blood, guts, gore and a lot of good fun proved the perfect combination for a Sunderland writer 25 years ago.

University of Sunderland honorary graduate Terry Deary today looked back on his North East roots and revealed the secret to a successful career.

It was 25 years ago that Terry first picked up his pen to produce Terrible Tudors and Awesome Egyptians, the first of what would become his famous Horrible Histories series.

It was a pivotal moment.

Two and a half decades later the series has sold 30 million books which have been translated into 40 different languages.

Alongside illustrator Martin Brown, the pair offered children – and adults – something unique. History told, not through dreary dates and boring lectures, but via silly jokes, blood-stained battles and a lot of gore.

Terry said: “I published my first children’s book 40 years ago and I remember the publisher saying that writing is like a sausage machine – you have to keep putting it in one end to get the product out of the other.

“I spent my youth in my dad’s Sunderland butcher shop making sausages, so that is an image that has stuck with me.

“Three hundred books later I’m still turning the handle to churn them out.

“The secret of longevity in this industry – since aspiring authors ask – is to create a “series” of books – a string of sausages.

“And I found that series in “Horrible Histories”.  Twenty-five years after producing the first Horrible Histories book I’ve produced over 100 of those titles, selling well over 30 million copies in 40 languages.

“That’s an awful lot of sausage.”

Indeed, Terry and Martin’s work has gone on to become a multimillion pound industry, spawning TV programmes and stage shows.

The work of the Wearside-born wordsmith, who got three A-levels at school, has proven to be the gateway into history and reading for young people across the world.

Today, thanks to Terry and Martin, millions of children every week engage with the past through the books and the CBBC TV series.

The series has been widely praised for teaching children how people lived – and how they died – in the past. It also educated on what work they did, what they ate – including a ‘historical Masterchef’.

Mikeala Morgans, Senior Lecturer in Primary Education at the University of Sunderland, said:  “The Horrible Histories books and TV series have helped children develop a passion for history for quarter of a century.

“Terry Deary’s humourous approach to what can sometimes be a dry subject enthuses and engages children of all ages and enables them to see the ‘fun’ side of history whilst still learning about important events, periods and people from the past.

“Having Horrible Histories books in the classroom helped my children access a fuller range of history than that accessible through the current primary curriculum and also supported their enthusiasm for and research of the areas we taught.

“I am sure that most children who have attended primary schools in the past 25 years remember reading Horrible Histories and what they learned from the books.

“I also know that there are several children out there from my classes who can perform many songs from the TV series word perfect.”

Terry was born in Sunderland on January 3, 1946. His father was a butcher in Hendon, hence his references to sausages. Mum, Freda, was manageress of a clothing shop.

Terry worked as a butcher’s boy in his dad’s shop.

As well as writing, Terry is an actor and singer. In 40 years as an author his writing has included fiction and popular non-fiction for children and adults.

The Horrible Histories TV series has gone on to win several children’s BAFTA and RTS awards.

In 2014, Horrible Histories – Villainous Victorians was named in the Sunday Times list of 100 Modern Children’s Classics, the only non fiction book to appear in the list.

Terry was awarded a degree as Doctor of Education from the University of Sunderland in 2000.

–              Ancient Greek philosopher Heraclitus suffered from an illness that made his body swell up with water. He tried to sweat it off by burying himself in a pile of animal poo, but stayed in too long and died of overheating.

–              The ancient Egyptians thought they could cure baldness by rubbing fat from hippos, crocodiles, cats and snakes on their heads. Their cure for grey hair was made out of rotten donkey liver.

–              Hippocrates, the ancient Greek ‘father of medicine’ used to diagnose his patients by drinking their urine and taste-testing their ear wax

–              The Roman Emperor Elagabalus was a famous prankster. When he wasn’t setting dangerous animals on people for a laugh, he was inventing practical jokes – including an early version of the Whoopie cushion