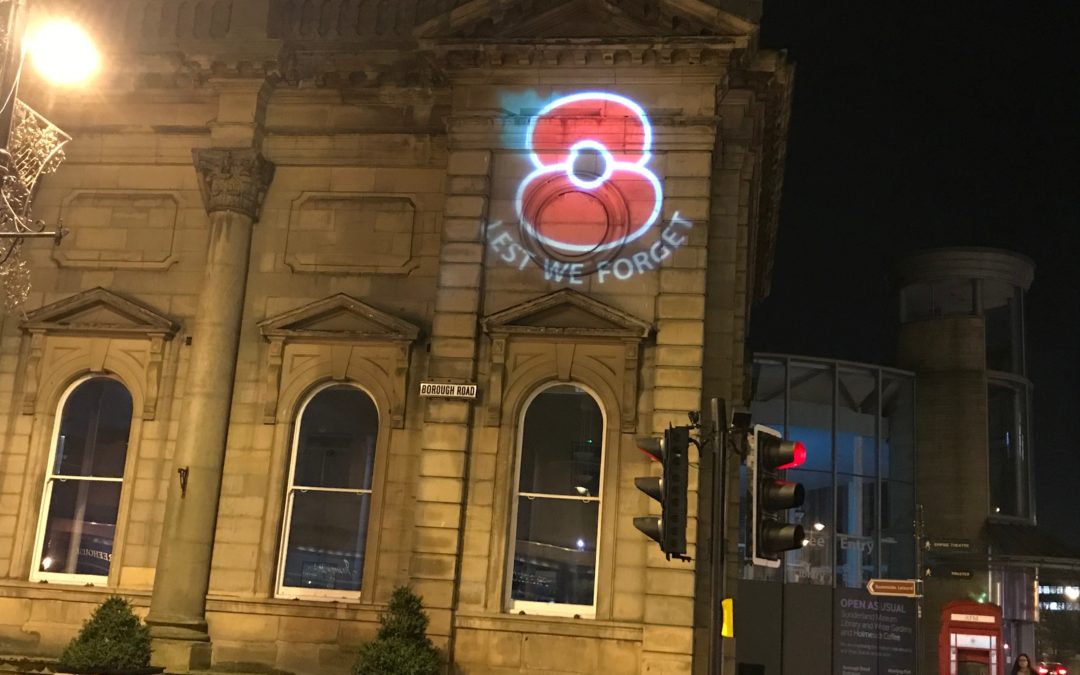 Landmarks across Sunderland are being lit red and poppies projected onto a number of buildings in the run up to the centenary of the end of the First World War this weekend.

Penshaw Monument, the Northern Spire bridge, Keel Square, Fulwell Mill and Seaburn lighthouse are among the landmarks being lit red between now and Sunday 11 November to mark 100 years since the signing of the Armistice that led to the end of the war.

Images of poppies are also being projected onto the Borough Road entrance and rear of Sunderland Museum Library and Winter Gardens, the side of the Priestman Building in Vine Place and from this Friday, the fly tower of the Sunderland Empire.

The Mayor of Sunderland, Cllr Lynda Scanlan, said: “The centenary of the end of the First World War is a hugely significant anniversary and it’s only right that we should mark it in this very visible way.

“This is just one of a number of commemorations, events and activities happening in communities across the city in the run up to Remembrance Sunday.

“Its been really heartening to see so many people getting involved in paying tribute to all those who lost their lives in the war so that future generations could enjoy the freedom we all have today.

“I’d also urge people to join us as hundreds of members of the Armed Forces and veterans mark the centenary at the annual Remembrance Service and Parade at the War Memorial in Burdon Road at 10.15am on Sunday.

“I think this year’s service will be particularly poignant, coming as it does 100 years to the day since the signing of the Armistice that ended the war.”