Council steps in to save historic Sunderland building 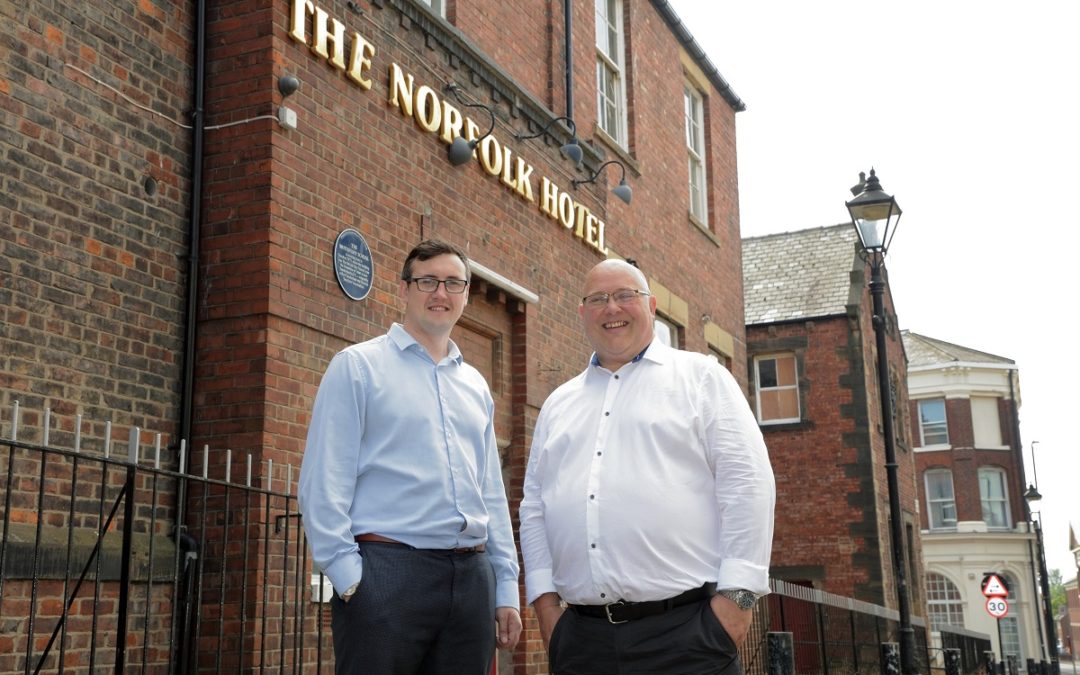 A historic building, which played a pivotal role in the formation of Sunderland AFC, is set to have new life breathed into it after being acquired by Sunderland City Council.

The council has revealed that it has taken possession of The Norfolk Hotel, situated on the corner of Norfolk Street, in a bid to reimagine it as a place that plays a positive role in Sunniside’s development.

The announcement is the latest in a series of strategic acquisitions across the city centre, as the council looks to ensure that the Sunderland’s most striking buildings are protected and preserved.

Earlier this year, it was announced that the council had acquired the Elephant Tea Rooms, and it is supporting a number of other projects including the redevelopment of Mackie’s Corner, the River Wear Commissioners building and two historic venues in the Cultural Quarter.

Steeped in history, the Norfolk Hotel – which at the time was home to the British Day School – played host to a meeting of local school teachers back in October 1879, which would then lead to the formation of Sunderland AFC – originally known as Sunderland and District Teachers’ Association.

The red brick building, which was built in two parts – the first in the late 1800s and the entrance in 1900, was then converted into a popular city centre hotel back, before being converted into a hostel, which has fallen into a poor state of repair and has become a magnet for antisocial behaviour.

However, city chiefs are working on a plan to revive the building, and ensure it contributes positively to the city centre once again.

Councillor Graeme Miller, leader of Sunderland City Council, said: “The Norfolk Hotel is a special building, and has fantastic heritage as the founding place of the city’s beloved football club, but it has – for some years – become a forgotten asset and a magnet for problems.

“Our historic buildings deserve to be protected, and it is incumbent on us to do that.  Millions of pounds were – rightly – invested in Sunniside, and it went some way towards creating a vibrant new part of the city centre.

“But we have to also tackle some of the more challenging parts of Sunniside if we truly want to transform that part of Sunderland, and allow it to realise its vast potential.

“The redevelopment of the Norfolk Hotel will allow us to breathe a new lease of life into this corner of the city, and we’re working with private investors to explore plans that will support new jobs and bring more footfall to local bars, restaurants and stores in the surrounding streets.

“It’s great news and we can’t wait to bring this spectacular old building back to life.”

The purchase of the Norfolk Hotel follows a series of positive announcements for the city, with plans to develop a new Holiday Inn at Keel Square; a business hub in the River Wear Commissioners Building and a new city library in the iconic Elephant Tea Rooms building.

It also comes just weeks after it was announced that 300 new city centre jobs will be created by global grocery business, Ocado, which will occupy the top two floors of THE BEAM on the former Vaux Brewery site.

This is all part of an ambitious £500m city centre vision, with the wider city investment total standing at more than £1.5bn to 2030.

As well as the developments at Sunniside, the Cultural Quarter and the Vaux site, the city council is also planning major improvements to other parts of the city centre, as well as increased leisure facilities that will create an exciting place to live, work and visit.

Cllr Miller added: “As leader of the council, I made a commitment when I was appointed just 18 months ago to deliver a brighter future for Sunderland, but that’s not just about new developments.  It’s about preserving what we have and bringing old buildings back to life.

“Central to this is protecting our most historic buildings and ensuring they are restored to their fullest potential and we have to be brave enough to tackle some of the challenges we face in the city centre and ensuring we look holistically at it.

“We have an emerging vision for the heart of the city, that will help us ensure that the projects we undertake in Sunderland deliver a stunning new city centre for visitors and residents alike.”

With ambitious plans to transform the city centre, Sunderland City Council announced in June that it had officially taken full control of Siglion, a regeneration company which was charged with delivering a bright new vision for the city.

The company, which was a partnership between Sunderland City Council and Carillion Plc, had been operating without a development partner since the collapse of the Plc in January 2018, but had started the process of transformation in the city, that has gathered pace under the council’s sole stewardship.

Since taking over the development company, announcements have included: the completion of THE BEAM with an occupier now confirmed, a commitment to build City Hall on the former Vaux Brewery site, the purchase of the Elephant Tearooms, and private investment deals on the River Wear Commissioners Building, Mackie’s Corner, STACK Seaburn, the Keel Square Holiday Inn and plans for a new inn with rooms on the seafront, with plans set to move forward for a new Inn Collection Group development at Seaburn.