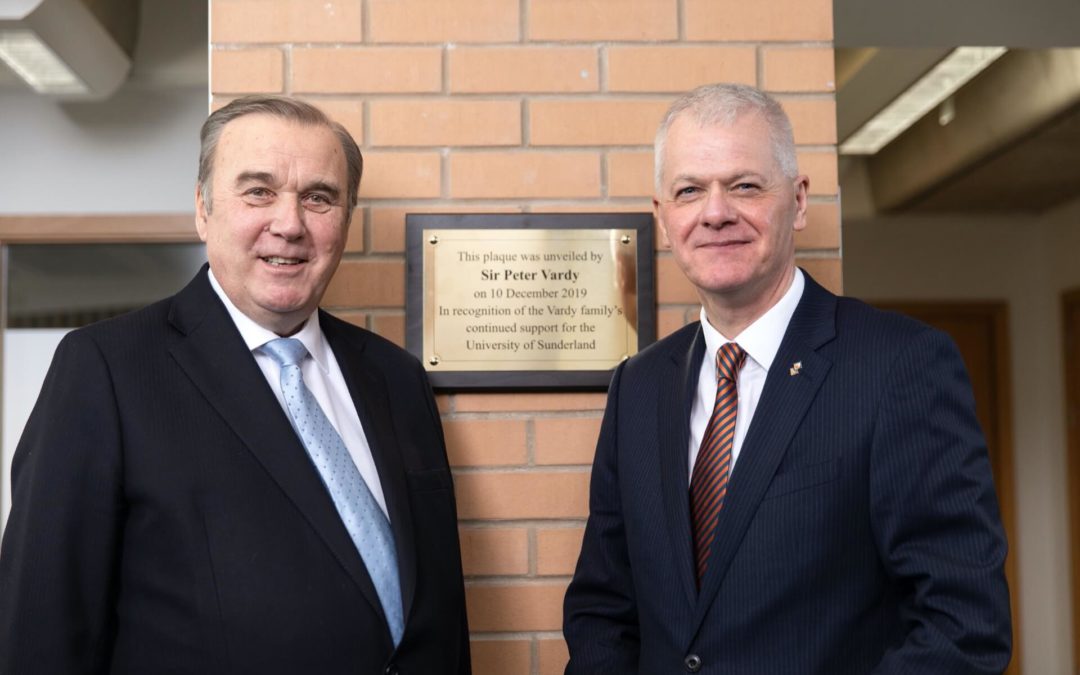 Sir Peter Vardy has returned to Sunderland to strengthen his decades-long relationship with the city’s University.

Sir Peter is an Honorary Doctor of Business Administration at the University of Sunderland, and a former Governor of the University’s predecessor institution, Sunderland Polytechnic. He was back in the city to unveil a plaque celebrating his relationship with the University, which stretches back more than 30 years.

The plaque was unveiled at the University’s Faculty of Business, Law and Tourism building at its riverside campus. The building was renamed in honour of Sir Peter’s late father, Reg Vardy, in 2001. Earlier this year the site went through a major capital investment, improving learning and social areas for students studying business, law and tourism in the Reg Vardy Centre.

Sir Peter said: “I’ve been involved with the University of Sunderland for quite some time. My passion is education, and I’ve spent a lot of my time trying to improve the lot of students, and I hope this relationship will continue for years to come.”

Sir David Bell KCB, Vice-Chancellor of the University of Sunderland, says: “We were delighted to recognise Sir Peter’s role as one of the most successful entrepreneurs in the north east of England, for his wider public service, and his outstanding contribution to the University.”