Young business is on the crest of a wave 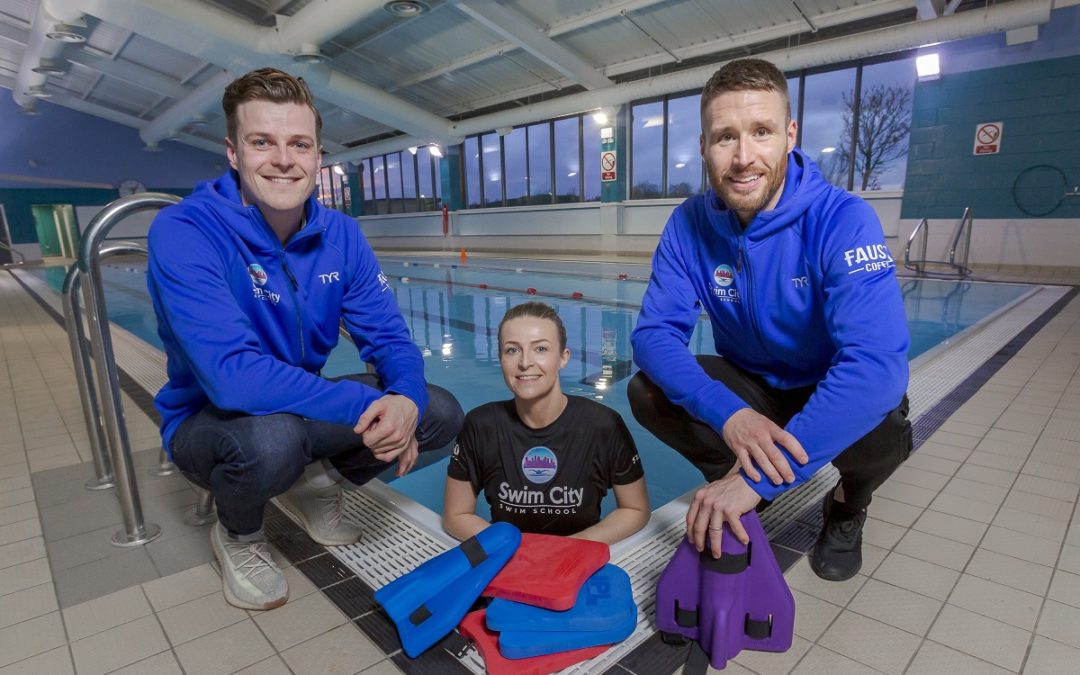 Former professional swimmer Jonny Carlisle has been named as one of the best swimming instructors in the UK, and the business he set up with his sister named among the best swimming clubs in the country in the Swim England National Awards.

Jonny and his sister Stacy Arslan launched Swim City in 2016. The brother and sister launched the club with the ambition of getting 50 people involved, encompassing all ages, from toddler to grannie.

Three years on Swim City has grown to teach swimming and life skills to over 800 children and adults every week.

But the club almost sank before they took the first stroke when national swimming champion Jonny’s potential Olympic career stalled.

“I decided to have six months out of the pool, and just earn some money. I really didn’t know what to do with myself.

“My sister Stacy had always wanted to set up a swimming school with me, but I just never had the time, I was either in training or based in Bath, at the British Swimming National Training Centre.

“I said to her, if you want to go for it, it’s basically now or never.”

Stacy jumped at the chance, and in July 2016 began setting up what would become Swim City, ready for launch in September of that year.

“We had £500 and two months to set up the company,” says Jonny. “I’d had my funding cut, was in debt, and I was getting offers for jobs as a coach around the country.

“I said to Stacy that she needed to get 50 kids involved, or I’d have to take one of the jobs I’d been offered.

Jonny pulled together a programme inspired by his own training regime at the National Training Centre in Bath, based on the latest ideas from swimmers such as Adam Peaty.

“I genuinely though that was how all swim schools taught kids, I was really surprised when I found out that wasn’t the case, but the kids really loved it.

“Our aim from the start was that we wanted everyone in Sunderland to be able to swim, not just people who are well off, and we wanted people, from babies to adults, to have that full journey from learning to swim to enjoying swimming throughout their lives.”

Liam (32) swam for the City of Sunderland Swimming Club from the age of nine until he was fifteen, and went on to coach at the club – including coaching Jonny. He joined Swim City in 2019 as Operations Manager.

“Having over 800 swimmers a week in Swim City brings with it its own issues,” says Liam. “And as the business has grown it’s evolved. A big part of what we do now is about confidence and life skills.

“We’ve recently branched out into cookery lessons, to help people with a more healthy lifestyle, and we’ve got a gym programme too.

“We try to have a more holistic feel to the business, and we are all qualified swim instructors, but we also have stroke recovery experts, nutritionists and personal trainers.

“We’re not just there for 30 minutes a week, we want to encourage a more healthy lifestyle.

“Obviously I’m biased, but I believe the way we set up our lessons is second to none.

“We make sure there are four swimmers to one instructor, and there’s a lot of one on one time, which allows us to react to any child’s needs.

“We also make sure we’re always in the water with them, we’re not poolside shouting instructions.

“The quality of what we do is very important for the whole team, and I think that’s what sets us apart.”

Jonny agrees: “We try to deal with the kids as individuals.  One of the children we coach is autistic, and he really struggled if one of the kids was faster than him, or if someone got more attention than him, he would have a meltdown.

“So, we looked at alternative methods to take him out of that situation at times and bring in some other transferrable skills by asking him to assist in coaching one of the small groups alongside the teacher.

“It really had a huge impact on his behaviour in and out of the pool and we have now included this in our curriculum for all children to allow them the chance of learning skills in communication and delivering instruction.

“From the start I wanted children to come here and not feel like it was work. I wanted them to enjoy swimming.

“I know from my own experiences that there’s a big drop off rate with kids at about fourteen years old when other things enter their lives.

“We’ve had kids who’ve stopped playing football to get in extra swimming sessions, which in the North East is a huge thing!

“For me the biggest thing about Swim City is that we care. In the three years we’ve been running no one has ever left due to anything negative, everyone genuinely wants to be there.

“And I think if kids do quit, one day they will come back to swimming if they’ve had a good experience, and for me that’s what it’s really all about.”

To find out more about Swim City visit www.swimcitygb.co.uk