TV writer becomes Visiting Professorship with the University of Sunderland 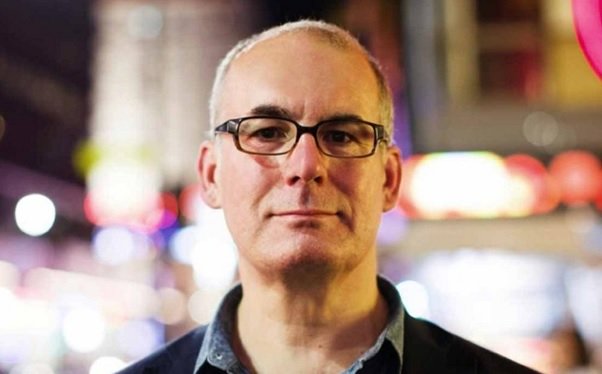 As a television writer, David Quantick has honed his skills on some of the biggest programmes to grace our screens.

From The Thick of It and The Day Today, to Brass Eye and TV Burp, to name but a few, David has become one of the most prolific and critically acclaimed screen writers of recent years.

Now, the 58-year-old has just earned himself another accolade after taking up a Visiting Professorship with the University of Sunderland.

It means students at the University will get the opportunity to learn first-hand from a writer who has been at cutting edge of comedy, television, music, fiction and non-fiction writing for a generation.

An award-winning writer on HBO’s Veep, he also penned the critically-praised Sky Arts Playhouse, Snodgrass. As a radio writer, he created Radio 4’s One and Radio 2’s The Blagger’s Guide.

As well as a series of music books and the official biography of Eddie Izzard, David wrote the Sunday Times best-seller Grumpy Old Men and has written for over 50 magazines and newspapers, from The Guardian and The Daily Telegraph to NME and Q.

The writer’s success seems a long way from the Law degree he studied at University College London (UCL).

David said: “I suppose like many students of my generation, I went to University not knowing what I wanted to do with my life.

“I didn’t set out to be a writer, it just happened that way. I just started writing stuff then discovered I felt happier afterwards.”

David sold a short story to a magazine and, after writing to NME telling them he didn’t think much of their publication, he was offered the chance to write some reviews.

So began a long association with the paper which continued until 1995.

Alongside music journalism he was also submitting gags and sketches to British comedy TV shows such as Spitting Image.

So, as a young writer, can David remember any sterling advice which he has carried with him through his career?

“I was sitting watching TV with a friend who turned to me and said ‘you could write better than this’ – and that really stayed with me; the idea that you don’t have to be the best – you just have to be better than what’s already out there.

“Also, I was with Charlie Higson one day and I was moaning about this and that, saying how much I wanted to be a writer and he said ‘just fu**ing do it then’ – and that was just what I needed to hear.”

David would go on to build his profile, with his name starting to appear more and more often in print, radio and television.

In 1992 Armando lanucci asked him to join the writing team for the radio comedy On The Hour after which he made the natural progression to the television follow up The Day Today.

Both shows were highly acclaimed within the industry, winning awards and marshalling a loyal fan base.

So, is the writer himself as cynical and satirical as much of his work?

“Well, I suppose I do have a vicious streak,” he adds. “I do like satire and I see comedy as reactive – for example politics is a good thing to make fun of.”

And his stand-out career highlights?

David said: “I adapted a short story called Snodgrass – about what John Lennon would be like he had never been famous and lived on.

“When I first read it, it hit me like a truck and I’m proud of the short film we created with Ian Hart playing Lennon.”

But, despite his past and current success, the writer remains ambitious, with many goals still to achieve.

He said: “I’d like to write more books, I want to get a film script made – so if you know anyone with a few million, let me know. I’d also like to write a short story collection.”

And now, as a Visiting Professor with the Faculty of Arts Creative Industries, his advice to young writers?

“It’s not a choice, if you’re a writer it’s inside of you, it’s something you have to purge, you have to get out; there’s no decision there, it’s just who you are.”

Lee Hall, Head of school of Media and Communications, said: “David Quantick is a wordsmith, an innovator and a genius.

“He has challenged authority, lampooned political buffoonery and pushed the boundaries as a satirist and humourist.

“The University of Sunderland hopes to mould a generation of ‘boundary breakers’ and David absolutely embodies that spirit.”