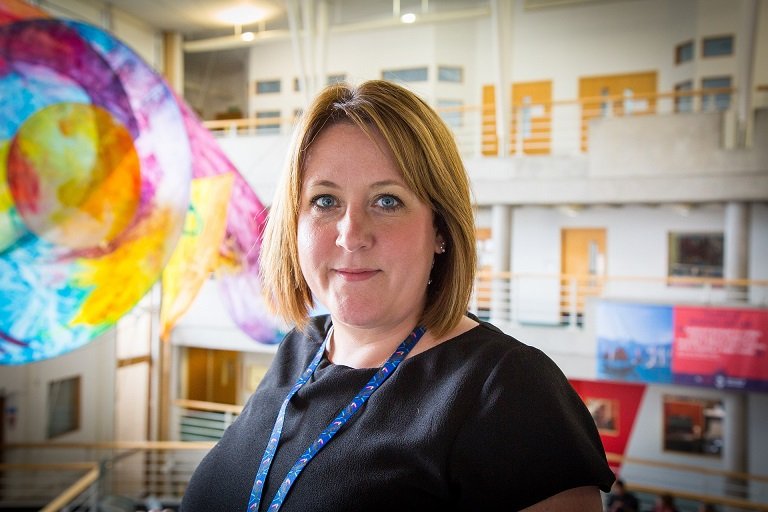 Trainee teachers at the University of Sunderland are being urged to embrace their regional accents.

It comes amid controversy suggesting some teachers from ‘up North’ have been urged to shake off their local twangs and adopt a more southern pronunciation in the classroom.

But teaching leaders at the University of Sunderland say they are actively encouraging their trainees to embrace their accents and be proud of where they come from.

Mikeala Morgans, Programme Leader in BA (Hons) Primary Education QTS at the University of Sunderland, said: “It is disappointing that some trainee teachers feel pressured into changing their accents.

“Whilst it is an important aspect of the Teachers’ Standards (2012) that all teachers should use Standard English and have high levels of articulacy, this does not mean that regional accents should be altered.

“In fact, within our Initial Teacher Training (ITT) programmes at the University of Sunderland, we go to great lengths to teach trainees about the difference between Standard English and accent and encourage them to embrace, celebrate and be proud of where they come from.

“Many of our academic team come from the North of England and the North East in particular; I hope that we demonstrate to our trainees that you can speak accurately and with authority whilst still having a lovely regional accent.”

A new book – Accent and Teacher Identity in Britain: Linguistic Favouritism and Imposed Identities – by Dr Alex Baratta, from the University of Manchester, sparked the debate after claims some Northern teachers were encouraged to drop their regional tones.

Those with accents from the North of England and the Midlands were, among other things, urged to say ‘barth’ instead of ‘bath’.

The debate has prompted calls for a “national discussion” on whether the Teaching Standards should set out which types of accents and pronunciations are appropriate for teachers to use.

For example, the standards – which set the minimum requirements for teachers’ practice and conduct – could look at whether teachers who move to a different part of the country should adapt their accents to match the area they teach in.

The University of Sunderland’s Undergraduate Prospectus for 2019 even has its own ‘Mackem Translation Guide’ which gives potential new students tips on the local dialect and accent.

Words including ‘ha’way’,’marra’ and ‘dinnit’ top the list in the guide.

Earlier this year it was reported the Met Office was considering whether introducing regional dialect will increase the public’s understanding of weather forecasts.

A survey of 2,000 people in January 2018 found disparities between how people across the UK describe the weather, with people in Leeds and Newcastle often saying “chucking it down” to describe heavy rain, while those further south might say “bucketing down.”

99% of University of Sunderland Primary Education with QTS graduates are in employment or further study within six months of graduating, according to the Destination of Leavers from Higher Education (DLHE) survey.

Things you never knew about your accent:

1)            Dialects and accents developed historically when groups of language users lived in relative isolation, without regular contact with other people using the same language.

This was more pronounced in the past due to the lack of fast transport and mass media. People tended to hear only the language used in their own location.

When the first settlers came to America from Britain, their accents were the same as those from their original home, but over the centuries ways of speaking on both sides of the Atlantic evolved in different ways.

It is thought that the traditional ‘cut-glass’ English accent only emerged relatively recently, in the 19th Century.

Linguists disagree over why this might be, but there are several theories. One is that when you sing, you stretch and contract the length of your vowels to fit the rhythm. As rock’n’roll music developed first in America among singers with American accents, the musical patterns lead singers to make their pronunciation sound more like those original American accents.

Today’s North Easterners are more likely to be heading off to Amsterdam or Barcelona for the weekend than spending their time on Redcar Beach, while many others spend time living or working away.

This, along with a greater influx of ‘outsiders’ coming into the region means the accent and dialect has changed and evolved over the years.

When a group of Dutch chimpanzees moved in with a group of Scottish ones, it provided a chance to see how their vocalization changed.

Zoo staff found that over the space of a few years, the chimps adjusted their calls to become more similar to each other.