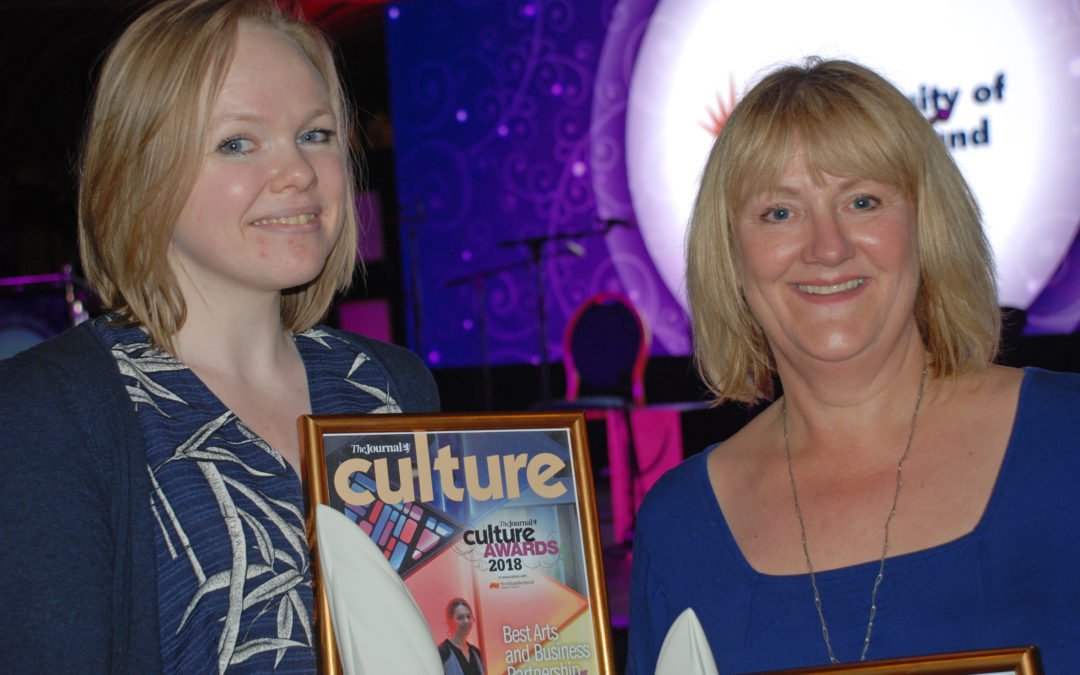 Sunderland’s cultural sector is celebrating a hat-trick of wins at the region’s top arts awards.

This year’s Journal Culture Awards were held in the magnificent setting of Hexham Abbey and Sunderland was well represented in a packed audience – and among the winners.

Paul Callaghan CBE, Chair of Sunderland’s Music, Arts and Culture Trust and driving force behind the city’s 2021 City of Culture bid and The Fire Station and auditorium development, was presented with an award for his special contribution to arts and culture in the region over many years.

Paul, the founder of the Leighton Group of companies and recently appointed High Sheriff of Tyne and Wear, is also Chair of Live Theatre, a trustee at Sunderland Culture, a former board member at The Customs House, South Shields and a former Chair of NewcastleGateshead Initiative (NGI).

Another Sunderland winner was the Sunderland 2021 team and local businesses, who won the Best Arts and Business Partnership category. Hannah Matterson, who was the Development and Events Co-ordinator at the 2021 team, accepted the award alongside Andy Bradley and John Green from The Bridges.

The event was staged in the Abbey in association with Northumberland County Council and was the 12th annual Journal Culture Awards.