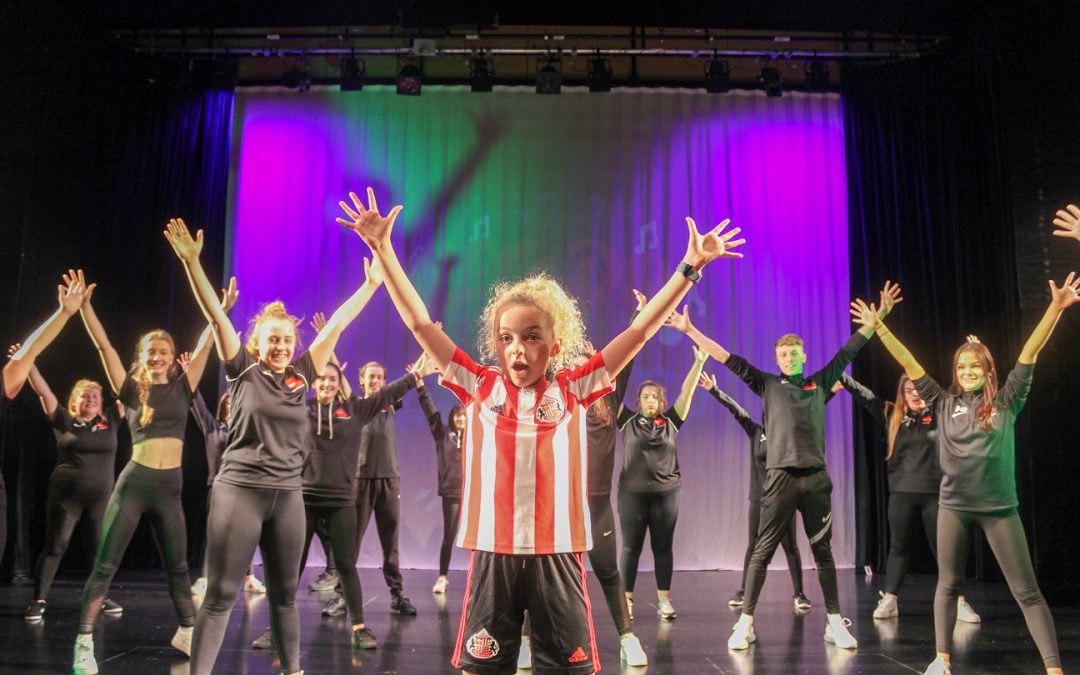 A favourite moment of last year’s Sunderland Lights Out event is going to be recreated – virtually.

And families at home tuning into the city’s virtual Halloween parade are being invited to dance along and give their own take on the Time Warp.

Performing arts students from Sunderland College wowed people last year with their zombie flash mob dance to Thriller in the foyer of the Empire cinema, along with taking part in the parade through the city centre.

The event was such a hit that the students wanted to repeat the experience and have come up with a socially distanced way to bring a classic song to life.

And now everyone can watch the result when it is streamed on the Halloween Virtual Parade Facebook group on 27 October – which is already up and running with lots of Halloween ideas and activities at https://www.facebook.com/groups/halloweenvirtualparade

College dance specialist lecturer, Lauren Robinson, came up with the plan to create a dance performance using the hit from the Rocky Horror Show, with rehearsals already underway.

The virtual parade is part of a whole host of Halloween events in the city centre which run from 23 October to 1 November, including giant inflatables on a whole host of buildings and a monster trail featuring a number of virtual creatures.

The event has been created by Sunderland BID and Head of Business Operations, Sharon Appleby, thanked the college for getting involved again.

“The flash mob was such a huge hit last year and the students really did an amazing job,” she said.

“We are so glad that the college has come up with a really creative way to show off their dance skills again and we hope that people watching the virtual parade at home will join in.”

Sheree Rymer, Curriculum Manager for Creative Arts at Sunderland College, added: “The Thriller flash mob was a huge success and our students had great fun turning the Empire Cinema foyer into a dance floor.

“Everyone has been working hard rehearsing this year’s performance – with the help of a local celebrity – and we can’t wait to light up the 2020 Light’s Out event with our unique virtual take on the Time Warp.”