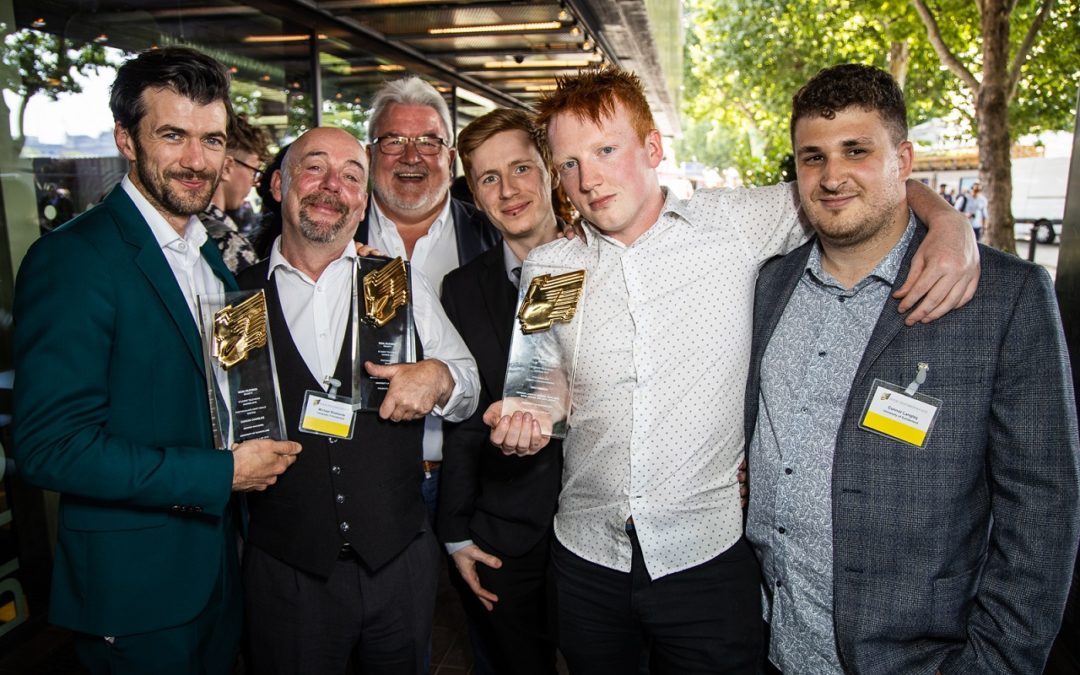 Students from the University of Sunderland picked up three national awards for outstanding film-making at a ceremony in London.

Connor Langley, Michael Rowlands, Mark Hunter and Jack Jarvis scooped the prize for Postgraduate Comedy and Entertainment for their film Uncommon, which features a zombie robbery.

The three awards were among eleven handed out to post-graduate film-makers as part of the prestigious Royal Television Society Student Awards, at a ceremony hosted by Radio 1 stars Mollie King and Matt Edmonson at the British Film Institute in central London on Friday (June 28).

“The students were up against film makers from across the UK including the National Film and Television School and the Royal College of Art, who regularly dominate these categories.

“This year the University of Sunderland films were the standouts.”

There were almost 800 entries from around the UK in competition this year – including submissions to under-graduate categories.

Separate juries drawn from broadcasters and production companies judged each of the categories.

In addition to the three prize-winners, Sunderland student Gemma Carline was shortlisted for her editing work on Smoked Mackerel.

Gary Stubbs, programme leader for MA Media Production (Film and TV) said the two winning short films were exceptional: “These were two extremely ambitious productions. I am very proud of the students.

“They thoroughly deserve the national recognition they will receive as a result of winning these awards.”

Ciaran Charles, who graduated last year from his Masters programme in TV and Film Production, said: “This is such an honour. I’m grateful for all the support I’ve received from the University and I feel privileged to have been mentored by the Oscar-winning film producer Lord David Puttnam.”

Ciaran’s film, shot on the West Coast of Ireland, is semi-autobiographical and uses Irish language-speaking actors to tell the story of a boy and girl growing up in a remote fishing community.

His fellow Masters graduate, Connor Langley, picked up the prize for the comedy Uncommon – part of a series he’s made called A Very Uncommon Christmas. It’s set in a betting shop, which is the target for a robbery involving zombies.

Connor said: “As well as support from the University we’ve also been working with people from companies like Endemol Shine and Alex Connock from Missile studios. Winning a national television award is a great showcase for our work.”

The Royal Television Society is an education charity based in London. As well as the annual student awards, it also stages the national Programme and Journalism Awards ceremonies.