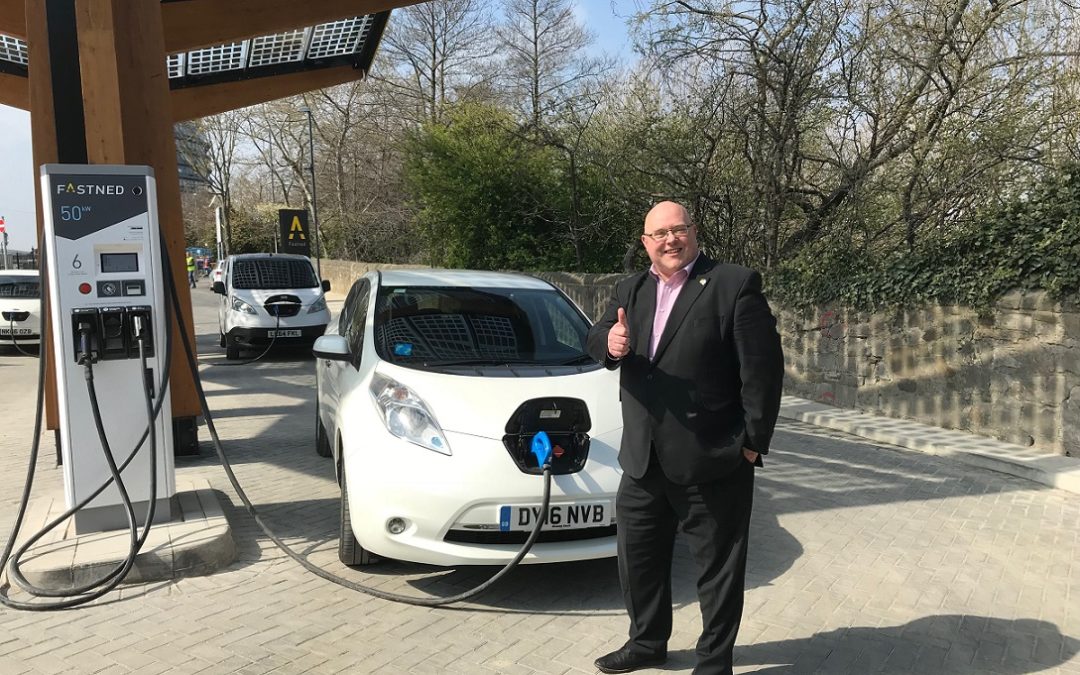 Sunderland has been named the best place in the UK to find EV charging stations in a UK-wide survey by green energy provider Tonik Energy.

The firm compared the number of driving licence holders in towns and cities across Britain against the number of EV charging stations listed in those locations.

Sunderland was the stand-out winner, with an electric car charging point for every 1,460 licence holders.

The city opened a rapid charging electric vehicle station on West Wear Street in March this year. The first of this type in the UK, the station offers four 50 kW fast chargers and two 175kW fast chargers that are enabled for 350 kW charging – the fastest in the UK.

With a bespoke photo voltaic canopy design and forecourt similar to a conventional filling station, the facility can accommodate all fully-electric vehicles and provide enough energy for 350 miles of travel in just 20 minutes.

The initiative is part of the Go Ultra Low NE programme, a government campaign led by North East Joint Transport Committee and funded by the European Regional Development Fund and the Office for Low Emission Vehicles, and is operated by Fastned.

There are now more than 80 charging points, some of which are double bays, across the Sunderland City Council area.

The infrastructure ranges from a network of easily-accessible points across the city centre to those installed in places like Herrington Country Park, a popular leisure destination for trips out of the city.

Encouraging greater use of low emission vehicles is part of Sunderland’s strategy to become the UK’s national hub for the low carbon economy.

In addition to jobs provided by the production of the Nissan LEAF in Sunderland, along with batteries to power the new generation of electric vehicles, the city is also pioneering a number of new initiatives.

The University of Sunderland’s Institute for Automotive and Manufacturing Advanced Practice (AMAP) is leading international research in the sector.

Councillor Graeme Miller, Leader of Sunderland City Council, says: “It’s great news that Sunderland has been recognised for its pioneering work in the low carbon sector.

“As host to the UK’s first purpose-built high-power rapid charging station of this type, providing 175 Kw charging units, this will enable futureproofing of the station for ongoing developments in EV technology.

“This will in turn ensure the city continues to lead the way in the electromobility industry.

“Encouraging people to use electric vehicles is hugely important and we’re hopeful that once people recognise the infrastructure is in place and know where to find charging points, including the rapid charging station, we’ll see an increased growth in electric car usage.”

Sunderland topped the list of cities and towns in the Tonik Energy survey, ahead of Milton Keynes, Dundee, Greater London, Manchester, Oxford, Leeds, Cambridge, Nottingham and Glasgow which made up the top ten. The poorest performing city was Portsmouth.

“With the cost of electric vehicles falling all the time and the rise in UK residents wanting to make their lives as ethical and eco-friendly as possible, we are already noticing a significant rise in attention towards EVs,” said Chris Russell, managing director at Tonik Energy.

“Given the estimation that the cost of running an EV will match that of a standard car in the next couple of years, we only envisage demand to rise further.”