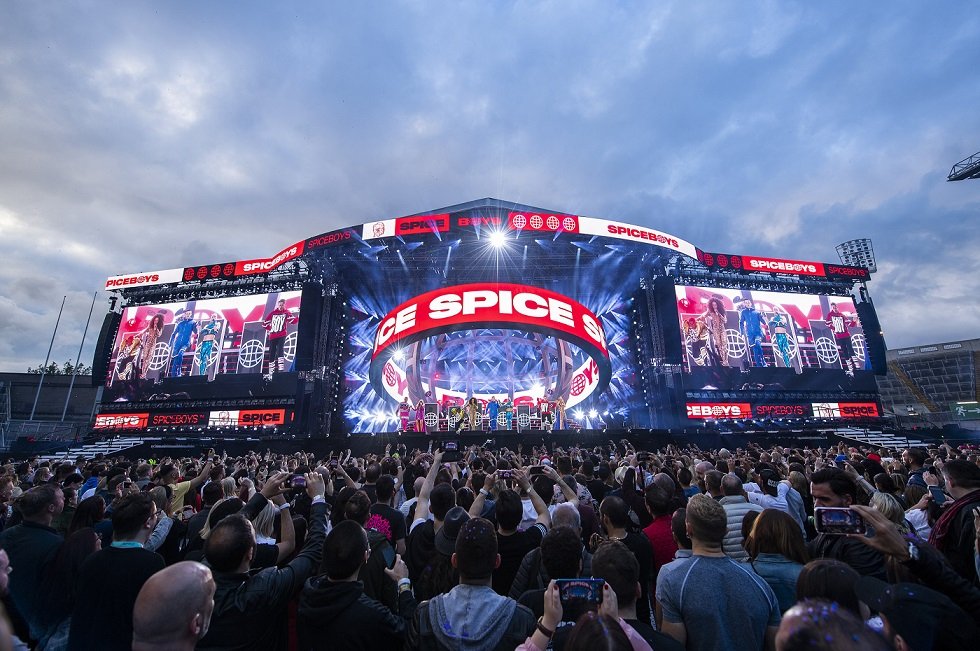 A week of music headliners has proven to be just what Sunderland businesses ‘really really wanted’, with newly released figures showing that more than 45,000 revellers flocked to the city from outside Sunderland.

Business people from the city centre and beyond hailed the first Stadium of Light concert in three years, and Saturday’s Let’s Rock festival as a ‘magnificent success’, with some reporting their best day of trade on record, after thousands of music-lovers descended on Sunderland for the headline events.

The Spice Girls’ gig attracted fans from as far afield as Canada, Australia and Chile.

Publicans and small business owners were quick to praise the events, both of which were made possible thanks to the support of Sunderland City Council.

The Spice Girls concert, attended by around 50,000 people, saw people flock to the city centre in droves from late morning onwards, and the party continued into the early hours of Friday [June 7].

Now, new figures that have been released by event organisers show that some 47,000 people came to the city from outside Sunderland – spending their money in many of the city’s venues.

Traders say that the feel-good factor of the concert, teamed with the warm weather, created a ‘carnival atmosphere’ as concert-goers prepared to be dazzled by the four-piece girl group and support act Jess Glynne.

Joe Smith, operations director at Pub Culture, which runs popular Sunderland bars, The Engine Room and Dun Cow, as well as The Peacock, which is currently closed for renovations, said: “The Spice Girls concert was an absolutely incredible day for us.

“We’re used to getting big crowds on match days, but this event was just fantastic.

“There was a great atmosphere – the music was playing, the drinks were flowing and the sun was shining too, which got everyone in the party spirit.

“Events like this do so much for business in the city centre, and we have already seen that those who attended from outside of Sunderland have come back again to dine and drink with us, having had a fantastic experience in the city centre in the build-up to the concert.”

Hotels in the area have also praised the event and are looking forward to a summer of events.

Jonathan Graham, operation director at Tavistock Hospitality, said: “The Spice Girls at the Stadium of Light proved to be a hit with not only the local clientele who frequent our Poetic License Bar but also with increased room bookings for the Roker Hotel from guests located outside of the immediate locality.”

He added: “I believe that bringing premium events to Sunderland benefits local businesses and we are looking forward to once again having a prestigious location for the Sunderland Airshow 2019 at the Roker Hotel and Poetic License Bar.

“Events like these help drive the local economy not only in terms of the business but also increased employment into the region.

“We fully support the efforts of the council and other stakeholders who work to bring events like these to Sunderland.”

The events mark the start of a packed summer programme, which saw Sunderland Food and Drink Fest enlivening the city’s streets this weekend.

Sharon Appleby, head of business operations at Sunderland BID, said: “We are delighted to see the events programme ramp up as the weather heats up and the summer months begin.

“The feedback from traders has been fantastic, and hopefully that evening kicks off a brilliant period of trading for Sunderland’s businesses, who work hard to ensure that this is a place people can have a great day and evening out.

“With the Food and Drink Fest taking place, and events like Kubix elsewhere in the city, people are really getting to see Sunderland at its best.”

Each concert staged by the stadium is said to bring around £4m into the city economy, with hotel bookings and bar and restaurant sales boosted by the additional people it draws into the city.

And the Let’s Rock Festival is thought to have attracted more than 11,000 people – around 4,000 from outside of Sunderland – showcasing the city’s fantastic open events spaces, something the council believes will keep people coming to the area.

Councillor Graeme Miller, leader of Sunderland City Council, said: “The role of the city council is to create the conditions in which our businesses can succeed, and while we have to weigh up every decision carefully, there can be no doubt that by supporting the Spice Girls, we have been able to secure a boost for traders.

“Couple that with events elsewhere in the city and we are really showcasing all that makes Sunderland a special place – it’s fantastic places and spaces.

“We are working on projects, events and initiatives that will deliver a more vibrant and attractive city year-round with a number of partners, and with £1.5bn going into the area in the 15-year period to 2030, this is only the start of what’s to come for Sunderland.”