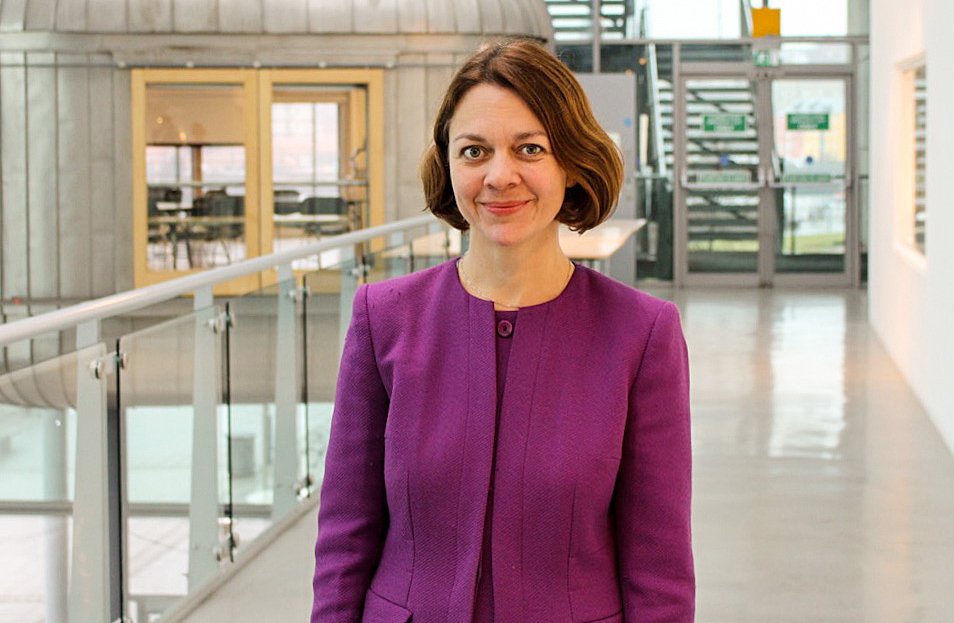 Rebecca Ball, currently the organisation’s Creative Director, has succeeded Keith Merrin who left earlier this year to take up a role with Tyne & Wear Museums.

Rebecca has more than 20 years experience in the arts, and started her career in dance, running community and education projects before going on to a number of senior roles at Arts Council England (ACE), including Director of Arts for ACE South East.

Born in Tottenham, Rebecca has lived in the north east since 2011 when she was appointed General Manager and Producer at a Newcastle theatre company.

In 2014 Rebecca was appointed Project Director of The Cultural Spring, an ACE funded project aiming to increase participation in arts and culture in Sunderland and South Tyneside.

In 2016, she was chosen to lead Sunderland’s City of Culture bid, later joining Sunderland Culture shortly after it was launched in 2017.

Rebecca is a Fellow of the prestigious Clore Leadership Programme that identifies and develops aspiring leaders in the arts, culture and creative sectors.

“Rebecca’s love and ambition for Sunderland is as real as it is infectious.

“She is well known and respected locally, regionally and nationally and her knowledge, experience and networks will help us both improve our offer further and raise our cultural profile higher.

“She has been pivotal in establishing Sunderland Culture and her work forging the creative programme has been exceptional, as was her leadership of our City of Culture bid.

“She’s a team player, but a natural leader, and the board and Sunderland Culture’s partners know there’s no-one better placed to achieve our mission of improving life for everyone in Sunderland through culture.”

Rebecca said: “I have been constantly struck by the energy, determination and talent of people I have worked with in Sunderland, so I am thrilled to have this opportunity to continue to collaborate with our fantastic partners, board of trustees and staff.

“I know we will do everything we can to ensure that everyone can take part in, enjoy and shape arts and heritage in the city.”

“She played a leading role in Sunderland’s City of Culture bid and has a vast amount of experience in culture and the arts.”

Graeme Thompson MBE, Pro Vice-Chancellor External Relations at University of Sunderland, said: “Rebecca is a tremendous asset to the city and the university.

“Her knowledge and networks have played a vital role in the city’s culture-led regeneration.

“In the eight years she’s been leading culture projects in Sunderland, Rebecca has established a national reputation for delivering excellence and innovation.

“She is a great supporter and advocate of the university and its students and we look forward to supporting Rebecca in her new role at the helm of Sunderland Culture.”

“As Chair of the Music, Arts and Culture Trust, one of Sunderland Culture’s founding partners, I’ve worked with Rebecca as she has helped lead the city’s cultural resurgence through her roles with The Cultural Spring, the City of Culture bid and most recently with Sunderland Culture.

“She is an inspirational cultural leader and strategic thinker who is both creative and commercially astute.

“Under Rebecca’s leadership, I am sure we will see Sunderland Culture continue to deliver amazing cultural events and programmes and flourish in a way that will benefit Sunderland and its citizens enormously.”

Sunderland Culture was founded through a partnership between Sunderland City Council, University of Sunderland and Sunderland MAC Trust. It is both a company limited by guarantee and a registered charity.

Its mission is to ‘improve life for everyone in Sunderland through culture’ and the organisation works across five venues owned by its partners.

These include Northern Gallery for Contemporary Art (NGCA), National Glass Centre, Sunderland Museum & Winter Gardens, Arts Centre Washington, and The Fire Station, which is due to open its new auditorium later this year.

Sunderland Culture also works with local, national and international artists and organisations to deliver a citywide cultural programme in community settings all over the city and the surrounding area.