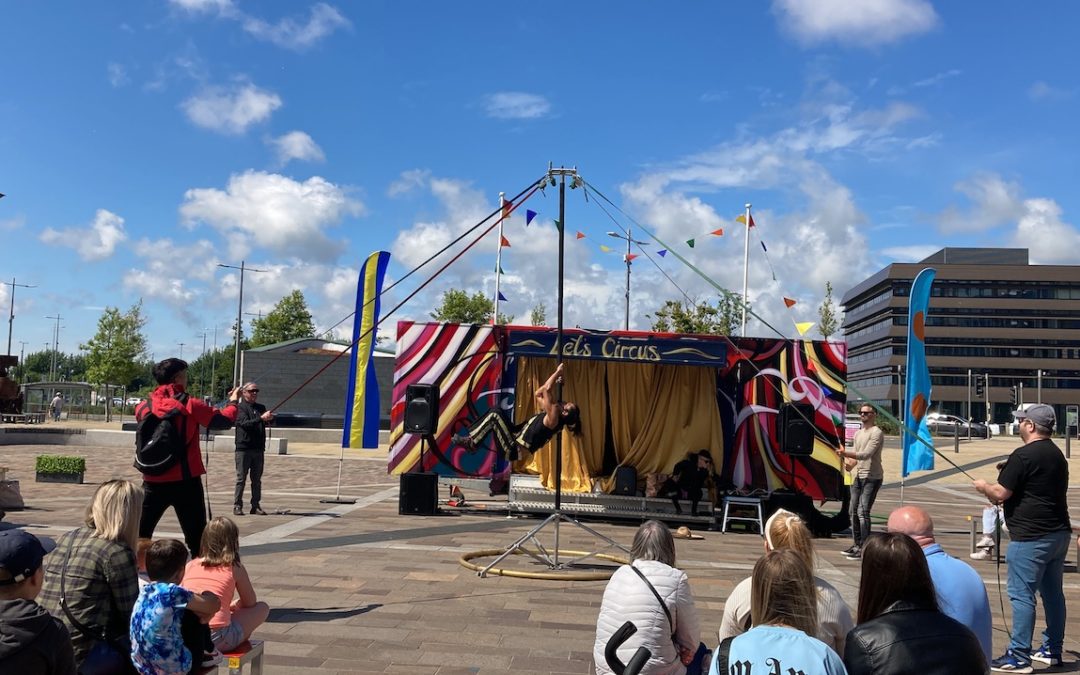 North East residents who are preparing for the arrival of one of the world’s biggest musical icons this weekend can get in the party spirit.

And even those who aren’t going to see Elton John play at the Stadium of Light can still enjoy a range of family friendly entertainment, taking place in Sunderland city centre.

Following on from the recent successful activities for the Platinum Jubilee and last week’s Soul Food and Music Festival, the fun shows no sign of stopping across Sunderland.

A whole programme of events to has been lined up, which means that both concert goers and those who aren’t attending can still have a day to remember.

Sites across the city centre will be offering a range of free, entertainment throughout Sunday, kicking off at noon at Park Lane, Low Row and High Street West.

Visitors will be able to listen to favourite songs from the DJ booth along with watching performances including appearances by Elton Wrong, who will give his own very special tribute to his almost namesake.

The events will continue until 4pm- and include a death defying aerial act at High Street West – with the characters also roaming around the city centre during that period, giving even more visitors the opportunity to join in the fun.

Keel Square will be hosting its own programme of events throughout the day, where between 2pm and 6pm there will be circus performances including an appearance by international magician and illusionist, Sammy Showtime, a Bollywood style brass band and juggler Matt Bernard.

Other entertainment will see Pirates, Parrots, Sirens and Seahorses – complete with a motorised and interactive mermaid – popping up at various sites across the city centre during the day.

The event is being staged by Sunderland BID and Sunderland City Council, with the aim of enticing visitors attending the concert to come to the city earlier and make a day of it.

“It has been an incredible few weeks and after Ed Sheeran’s amazing gigs we now have Elton John to enjoy as well as people being out and about enjoying Father’s Day,” said Sharon Appleby, Chief Executive of Sunderland BID.

“That means a lot of visitors will be heading to Sunderland so we wanted to ensure that there was entertainment in the run up to the show, which gave people the opportunity to really make a day out of it.

“It also allows people who are not going to the concert the chance to still be part of the build-up and enjoy the atmosphere – and hopefully support local businesses at the same time.”

Councillor Linda Williams, Cabinet Member for Vibrant City, said: “I know lots of people will be heading into Sunderland this weekend to see Elton John at the Stadium of Light.

But even if people are not going to the concert, there’s a fantastic line-up of free family entertainment on offer in the city centre this Sunday. So it’s really worth getting along to enjoy this.”