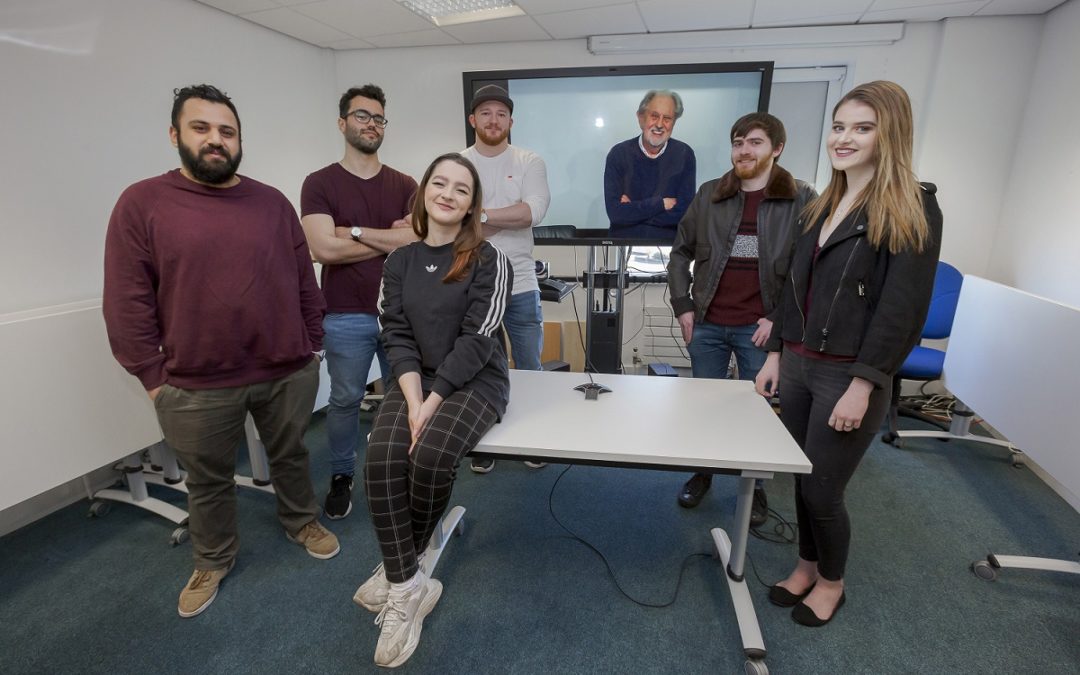 Oscar-winning film producer and former Government minister Lord David Puttnam has launched his unique mentoring scheme for the third year with the University of Sunderland.

Six students who underwent a vigorous selection process have now been chosen to work with Lord Puttnam over an intensive three-month period.

The ‘Puttnam Scholars’ programme will involve the students taking part in a series of interactive seminars in the course of which Lord Puttnam will set them a film project to be completed by June.

Last year’s scholars made a 13-minute documentary highlighting the plight of asylum seekers and refugees.

‘In Limbo’ shone a light on the struggle faced by refugees and those seeking asylum in the region, as well as the dedicated work of the workers and volunteers trying to help them, it was screened across the North East as well as in festivals and competitions.

This year’s group – James MacNeil, Katie Stubbs, João Chambel, Luke Adam Smith, Millie Bourke and Abdullatif Mahjoub – met with the Labour Peer at the House of Lords, to discuss and launch the programme.

All students are at various stages of their university journey from first year to post graduate study.

Lord Puttnam, the first Chancellor of the University of Sunderland (1997-2007), and an Oscar-winning producer of films including Chariots of Fire, The Mission, The Killing Fields and Midnight Express, said: “Having thoroughly enjoyed working with the first two cohorts of scholars, this year’s group promises to be every bit as committed and dynamic as their predecessors.

“The truth is that I learn as much from their energy and insights as I’m ever able to offer in return. I can’t wait to get thoroughly stuck into their film project.”

Pro Vice-Chancellor Graeme Thompson, added: “This is once again a great opportunity for our students to be selected for the Puttnam Scholars programme.

“Lord Puttnam is a tremendous supporter of our university and we are delighted he has chosen to continue this unique programme with us.

“It’s been a tremendous success which has helped shaped our previous scholars’ studies and career choices.”