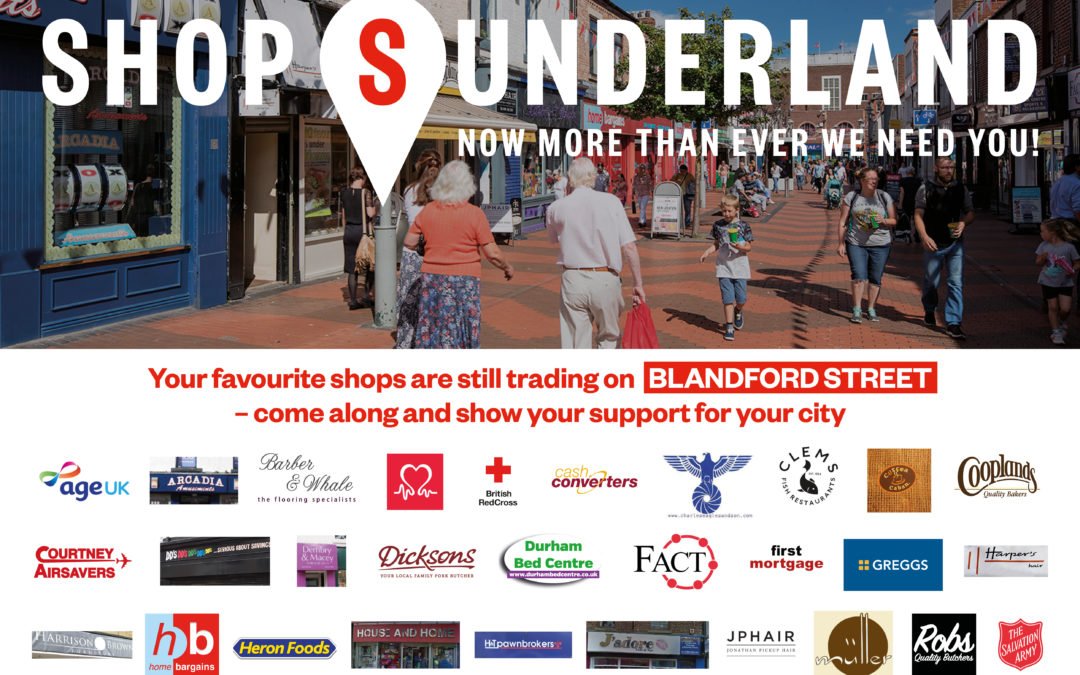 THE campaign to get local people to Shop Sunderland has been given some new support, from players from SAFC.

Following the devastating fire at the Peacocks store at Blandford Street last week, Sunderland Business Improvement District has sent out a call for shoppers to support the other retailers, most of who are operating as usual.

And this campaign has now won the backing of two of the team, who will this week take time out ahead of their home game against Wimbledon on Saturday, to meet with the local retailers.

Players Jack Baldwin and Grant Leadbitter will be chatting to retailers and checking out the wide variety of shops.

An Academy of Light graduate, midfielder Grant Leadbitter, who is a life-long Sunderland fan, has returned to Sunderland AFC after a 10-year absence.

And this will be his first public appearance since signing his new two-and-a-half year contract.

“The devastating fire at the Peacocks store was obviously a terrible blow to Blandford Street,” said Sharon Appleby, Head of Business Operations at Sunderland BID.

“But we hope that shoppers will remember that there is still a fantastic variety of retailers in the street who are still trading and really need the support of the city.

“We are constantly promoting the Shop Sunderland message and inviting people to come and see the great mix of high street giants and independents we have in the city and this is a really important time for the shops at Blandford Street to get that support.”