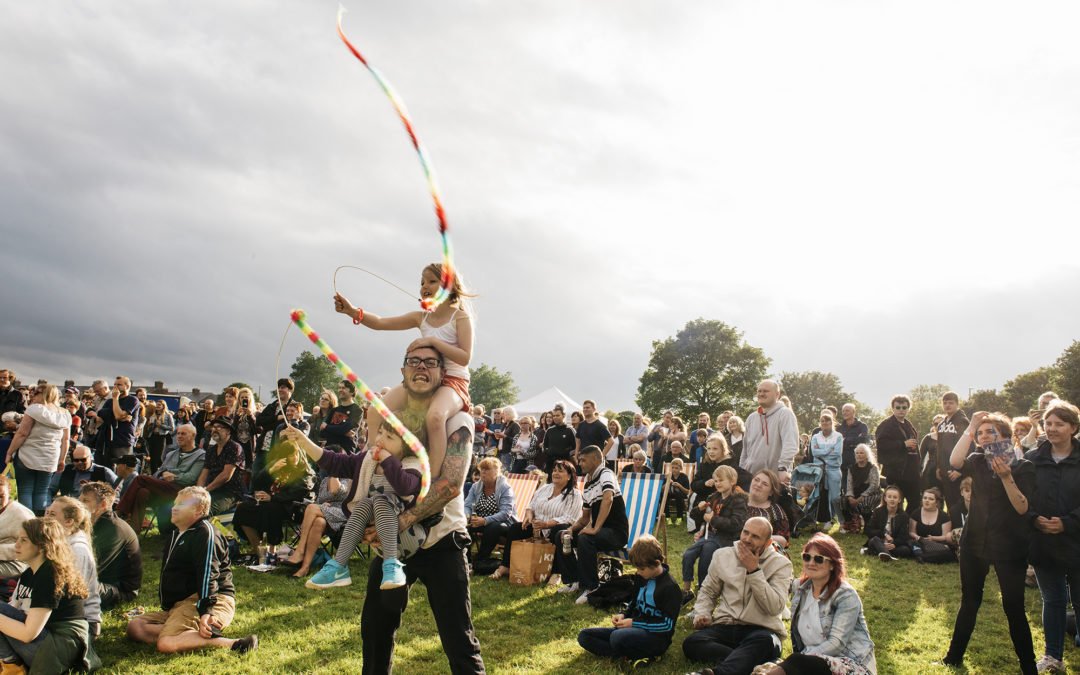 HRH The Princess Royal will board two of the ships taking part in the city’s Tall Ships festival when she visits Sunderland next week to meet some of the many people involved in the delivering the event.

The Princess, who is an accomplished sailor herself, will be shown around a couple of the ships that will be berthed at Manor Quay when she visits the city on Wednesday 11 July, the first day of the festival.

She will also come face to face with some of the young sail trainees she met  on her last visit to the city in May 2016 when she visited the National Glass Centre to help launch The Tall Ships Races Sunderland 2018 Sail Trainee Ambassador Programme.

And she will meet some of the many event makers, cultural and heritage programme performers and school children involved in making the event happen.

The Princess will also spend time with representatives from race organisers, Sail Training International and the captain and crew from a couple of the 50 plus tall ships taking part in the Sunderland to Esbjerg leg of the international event before unveiling a plaque commemorating her visit.

During her visit, the Princess will also enjoy a brief guided tour of the National Glass Centre’s Young Glass Exhibition showcasing the work of the best glass artists in the world under the age of 35.

The Mayor of Sunderland, Councillor Lynda Scanlan, said: “It was a huge honour to have The Princess Royal launch our Sail Trainee Ambassador programme in 2016 and we’re delighted she has agreed to come back to Sunderland on the first official day of The Tall Ships festival.

“The Tall Ships Races are a fantastic opportunity for young people to use their experience at sea as a way of discovering their own strengths and talents and to find out what it means to work as part of a team.

“So I’m especially pleased that Princess Anne is taking the time to meet some of the sail trainees she first met in 2016, as they get ready to set out on the adventure of a lifetime on the first leg of the races from Sunderland to Esbjerg on board a majestic tall ship.”

Paul Bishop, Race Director of Sail Training International added: “Sunderland is an excellent example of Tall Ships Race host port that puts young people at the heart of their event. Their Sail Trainee Ambassador programme is an inspiring project and highlights that Tall Ships Races are accessible to all young people with a sense of adventure and a willingness to work as a team member; regardless of their religion, gender, social background or personal circumstance. We are honoured that the Princess Royal will be visiting Sunderland to meet the young trainees before they race across to Esbjerg.”

Victoria French, Sunderland City Council’s Head of Events, said: “The Tall Ships festival is only happening thanks to the hard work and enthusiasm of people across the city so it’s fantastic that the Princess is going to be meeting some of the many people who have played such a crucial role in making it happen.”

The Tall Ships Races Sunderland 2018 will be officially opened at the National Glass Centre by the Mayor of Sunderland, Councillor Lynda Scanlan immediately before The Princess Royal’s visit.

Starting on Wednesday 11 July, with a preview day on Tuesday 10, the Tall Ships event will bring five days of ships, markets, circus, theatre, music and entertainment to the city before the races officially begin.

The festival has attracted more than 50 sailing ships from countries as far afield as India, Russia and Vanuatu and performers from across Europe to entertain the 1.5m people expected to attend the event.

This will culminate in the stunning Parade of Sail on 14 July as the ships parade northwards up the coast to Souter Point, before turning round and heading out to the North Sea for the first leg of their race to Esbjerg, Denmark before moving on to Stavanger, in Norway, from where they will race to Harlingen, in The Netherlands.