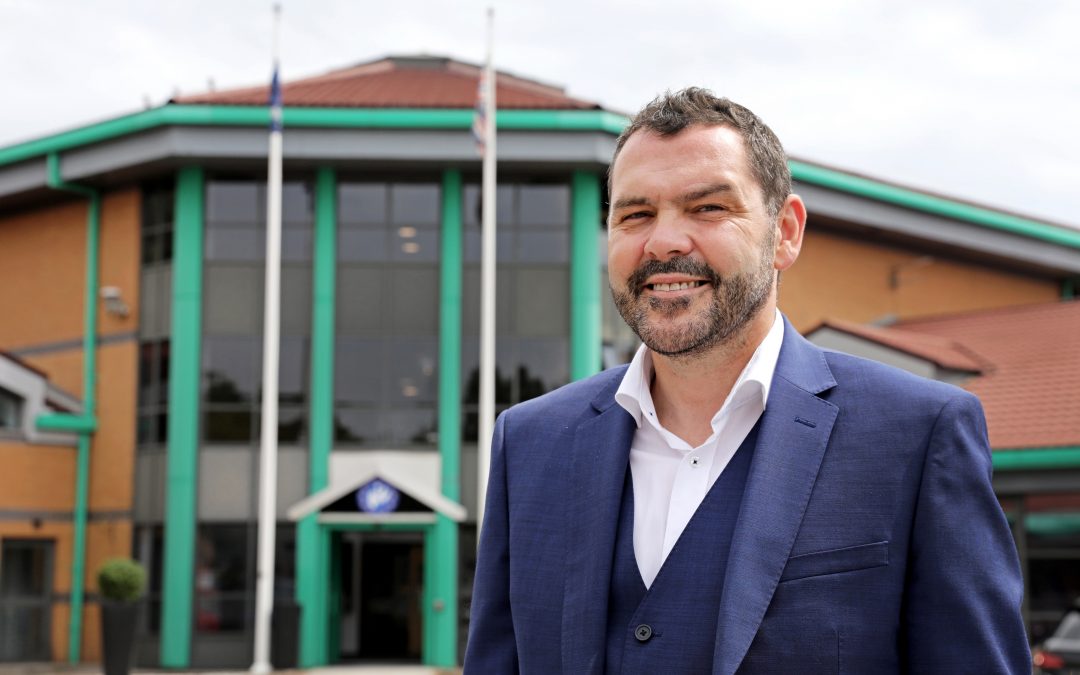 North East Business and Innovation Centre (BIC) Chief Executive Paul McEldon has been honoured with an OBE in recognition of his efforts to create thousands of jobs and businesses in the region.

Paul received the award in the Queen’s Birthday Honours list for services to Local Growth in the North East of England.

He has been Chief Executive at the BIC since 2001 and was part of the original team who launched the organisation back in 1994 with a mission to kickstart new enterprise, employment and regeneration in a region reeling from the loss of heavy industries.

Established on the former Austin and Pickersgill shipyard site in Sunderland, the BIC has followed a proven European business model and has grown from just 22 incubator units to a 14-acre site housing companies of all sizes and sectors, as well as an onsite business advice team.

Under Paul’s leadership, the BIC has become a social enterprise and has harnessed European funding to extend its reach across the North East, launching two new business centres, Business Central in Darlington and The Hub in Washington.

The BIC’s status as a not-for-profit organisation means any surpluses from rents are reinvested in facilities and services, supporting not only tenants, but also aspiring entrepreneurs and businesses across the region.

Paul has also ensured the BIC’s continued focus on innovation, with the popular Innovation Programme recently extended to provide more funding and support to regional companies to develop their ideas and remain competitive.

The Queen’s commendation says Paul: “has committed BIC investment and resources into business start-up, who in turn have created hundreds of jobs across Tyne and Wear and the wider region.

“In his tenure, the BIC has supported over 4,000 companies to start-up with the creation of 7,500 jobs across the region – 240 businesses are physically located across the three centres and they currently employ 1,200 people.”

Paul said he was humbled by the award and that the royal recognition should be shared by the entire BIC team. “I am surrounded by great people and partners who just want to make things better,’ he said.

“I am a North East lad born and bred and I believe in this region and its people.

“Every day I hear success stories of customers, businesses and individuals who have overcome challenges, won new contracts and changed their lives by starting new businesses. I’m just doing my job to help them reach their potential.”

John Anderson, Chair at the BIC, said: “Paul is renowned for his understated style and modesty and that’s partly what makes him such an effective operator and trusted collaborator.

“But for once we insist he basks in the spotlight and our heartfelt congratulations on this well-deserved honour for all that he has done for the region he loves.”