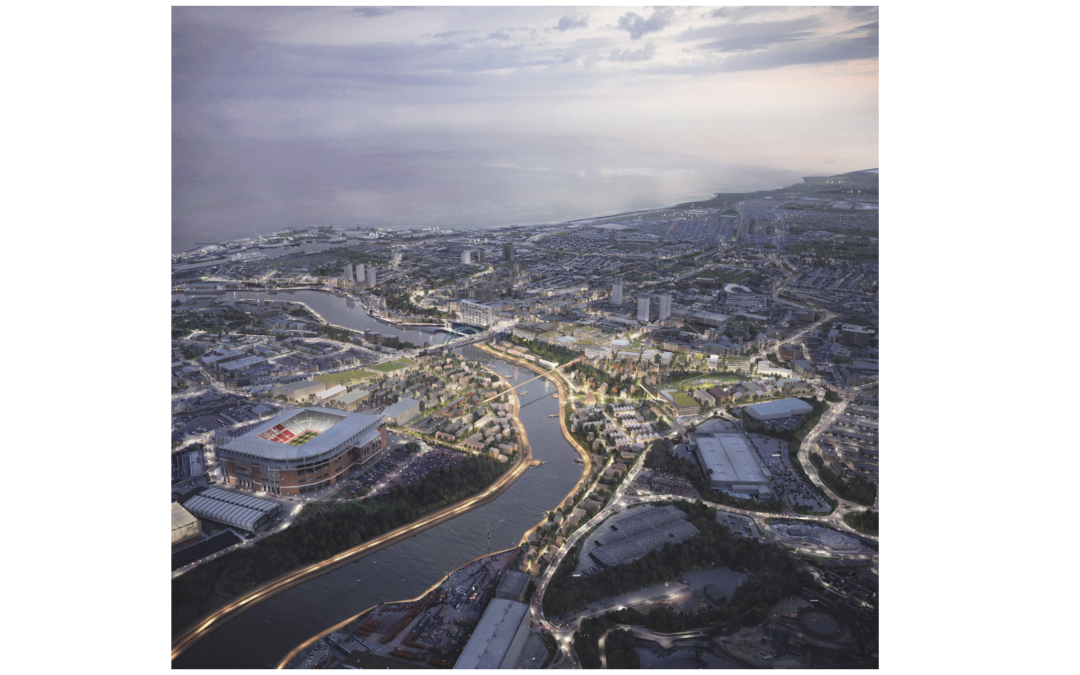 Riverside Sunderland has scooped a prestigious award that pinpoints it as the UK’s best future place.

The city’s new urban quarter scooped a Pineapple Award at last night’s ceremony – part of the Festival of Place – a celebration of ‘placemaking’ and the UK’s built environment held at Wembley’s Box Park.

Sunderland’s Riverside development, which comprises the former Vaux site, High Street West, Farringdon Row, Galleys Gill and Sheepfolds was singled out as the winning place, with judges highlighting the scheme’s innovation and focus on sustainability.

Sunderland beat off competition from developments including One Waterloo in Lambeth, London as well as two other London developments and schemes from Cornwall to Jersey.

Councillor Graeme Miller, leader of Sunderland City Council, said: “We know Riverside Sunderland is a special development that will provide a world-class offer when it’s complete.

“Awards like this are important though, because they demonstrate that – on a national stage – our vision stands out and I think that’s a sign of just how ambitious we are in Sunderland and just how hard we’re working to deliver something really special.”

The Pineapples are the only awards that celebrate the very best in placemaking, recognising excellence in community engagement, activation, active travel, public space, creative retrofit, future place, place in progress and place of the year.

This is the latest in a string of awards that developments at Riverside Sunderland have scooped.

City Hall, The Beam and The Auditorium all stand within Riverside Sunderland and have won awards for their quality and design.

Cllr Miller added: “Every development we deliver at Riverside Sunderland will raise the bar and that’s something we are determined to achieve as we transform this site.

“Sunderland deserves the best development in its city centre and that’s what we will deliver.”

Riverside Sunderland will include residential, commercial and leisure developments when it is complete.

Transforming land on both sides of the river, the scheme aims to double the residential population in the city centre and increase employment by 50 per cent and also fits with the city’s housing strategy, which will see 7,000 new homes build by 2030.

To stay up to date with Riverside Sunderland developments, visit www.riversidesunderland.com or follow @RiversideSund on social media.