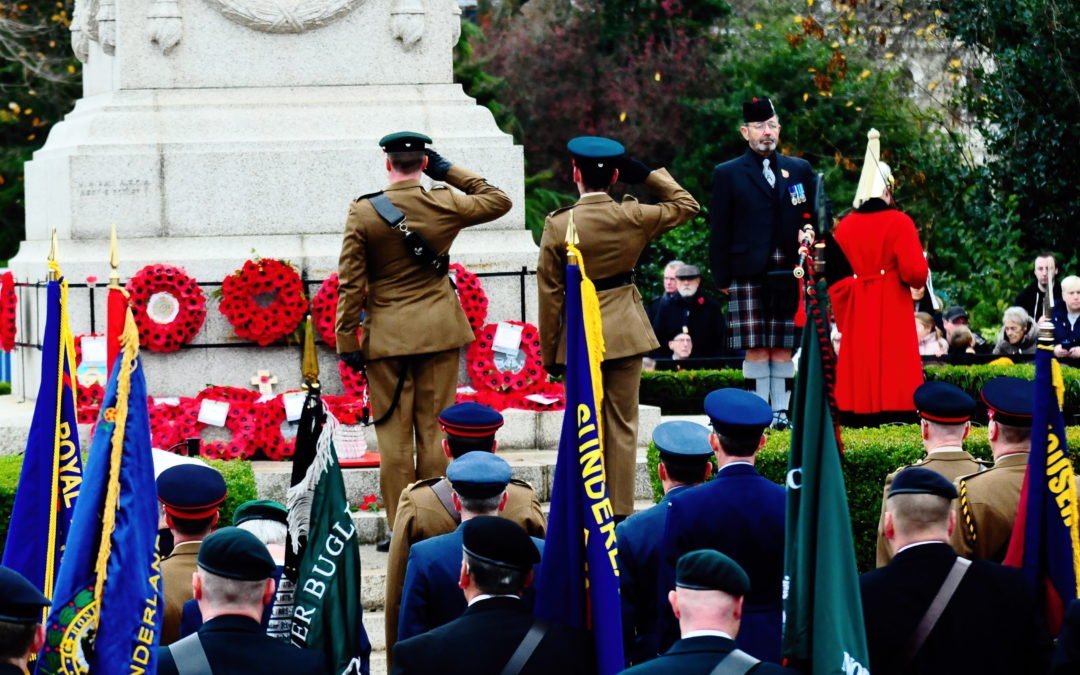 Hundreds of service personnel and veterans will join the Mayor of Sunderland, Councillor David Snowdon, when the city pays its respects at the annual Remembrance Parade and Service on Sunday 10 November.

The parade will be led by The Royal Signals (Northern) Band and the Bearpark and Esh Colliery Band.

The Mayor of Sunderland, Councillor David Snowdon, said: “Remembrance Sunday is an important opportunity for the whole city to come together to pay tribute to all those who fought in conflicts past and present, including those who gave up their lives for their country.

“It is equally important that we use this occasion to honour the servicemen and women of today and let them know how much we value what they do and appreciate the sacrifices they make on our behalf.

“As the proud father of a serving member of the armed forces, I know how much it means to our servicemen and women to know that we are behind them and support the valuable work they do.”

The parade will end in a march past of veterans and serving members of Her Majesty’s Forces. The salute will be taken by Colonel (Ret’d) Ann Clouston, OBE, ARRC, TD, DL, VR and the Mayor of Sunderland, Cllr David Snowdon from the steps of the Museum in Borough Road.

This year, there will also be an additional public viewing screen on Borough Road to supplement the existing screen on Burdon Road, allowing more people to get a good view of the service and parade. The tannoy system is also being extended to Borough Road.

Members of the public are very welcome to attend. Anyone thinking of coming along is advised to dress warmly and be in place on Burdon Road by 10.15 am.

Access to the disabled platform next to the War Memorial is available from 9.30 am. Parking in the Civic Centre Car Park will be available free of charge.

Burdon Road and Park Road will be closed from 9.30 am until approximately 2.00pm – with access to Civic Centre Car Park from Park Lane only after this point.

At 11 am on Monday 11 November, residents and visitors to the city are also being asked to pause for a two-minute silence to mark Armistice Day which signalled the end of the First World War in 1918. Maroons will sound at 11am, and again at 11.02 from Mowbray Park to bring the observance to an end.