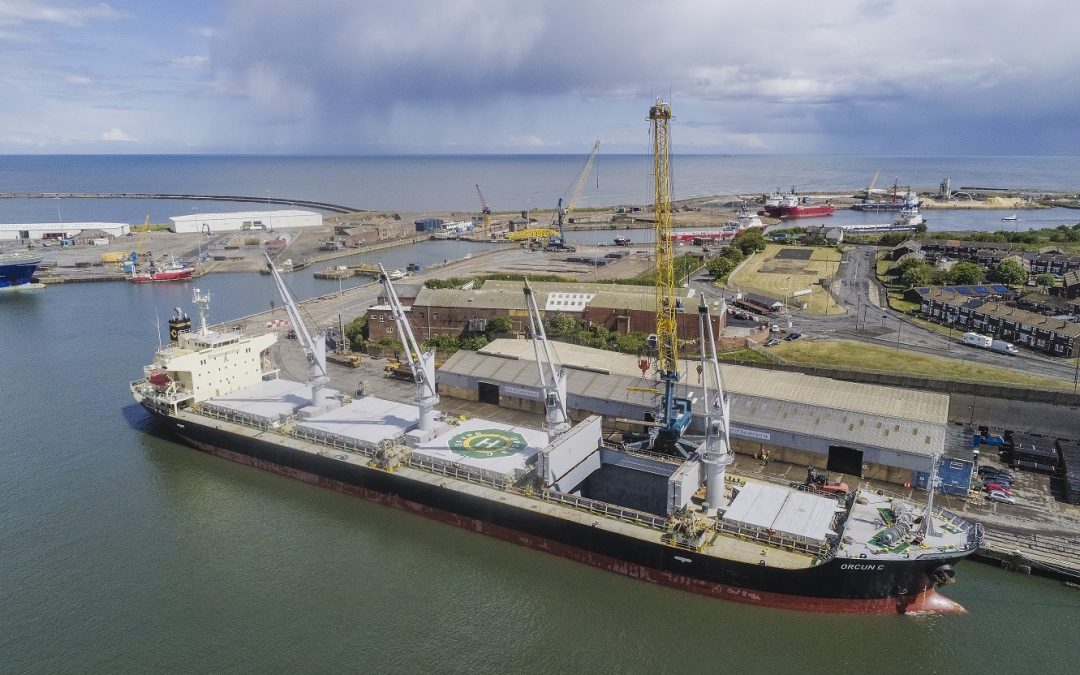 Port of Sunderland reported an 85% rise in exports during the second quarter of the year, as it helped keep goods flowing in and out of the UK throughout the Coronavirus pandemic.

The port played a key role in sustaining several of the country’s key sectors and supply chains during the period, welcoming ships carrying everything from agricultural fertiliser to steel, woodpulp and other raw materials.

From April to June, the port handled some 71,748 tonnes of cargo set for export – compared to just 38,661 tonnes for the same period last year – with vessel destinations around the North and Baltic Seas.

Matthew Hunt, director of Port of Sunderland, said: “The last 12 weeks have been extremely testing for all and we couldn’t be any prouder of the resilience and hard-work displayed by everyone at the port throughout this period.

“To see cargo volumes rise to such levels – while ensuring we remained open for business throughout – is a magnificant achievement and is testament to the vital role that ports the length and breadth of the UK play in keeping the nation moving all year-round and specifically during the pandemic.”

The port has also played a key role in supporting the UK’s energy sector by providing port services and infrastructure over the Spring and Summer period to facilitate bunkering, crew change, demobilisation and mobilisation activities throughout the lockdown period.

Matthew added: “Thanks to the incredible versatility of the port team, we were able to continue supporting the vital offshore sector in a period of increased demand and uncertainty.”

Cllr Graeme Miller, who is leader of Sunderland City Council which owns the port, praised the hard work of his colleagues, who have worked tirelessly to maintain the flow of essential goods and support key services during this period of huge challenge.

He added: “There’s no hiding from the fact that the past three months have been extremely challenging for UK ports.

“Demand for essential goods and materials has continued to rise, adding further strain on the sector at a time when many were forced to work from home or alter their usual working practices to abide by social distancing measures.

“However, the results released this week by the port show just how fantastic a job each and every person at the organisation has performed during this crisis, sustaining entire supply chains and the keeping key sectors moving.

The port – which was bolstered by an £8.2millon investment after areas of its estate were granted Enterprise Zone (EZ) status in 2017 – has also during this period commenced an ambitious programme of enabling engineering works to deliver major improvements to its East Shore nine-acre development site, to make it shovel ready for attracting inward investment.

Cllr Miller added: “We have continued to invest in Port of Sunderland over the past decade – and with a further £8 million currently being pumped into the port’s infrastructure over the next few years – we’re confident it will continue to support the UK economy well into the future.”