One month to go until the Tall Ships Races Sunderland 2018 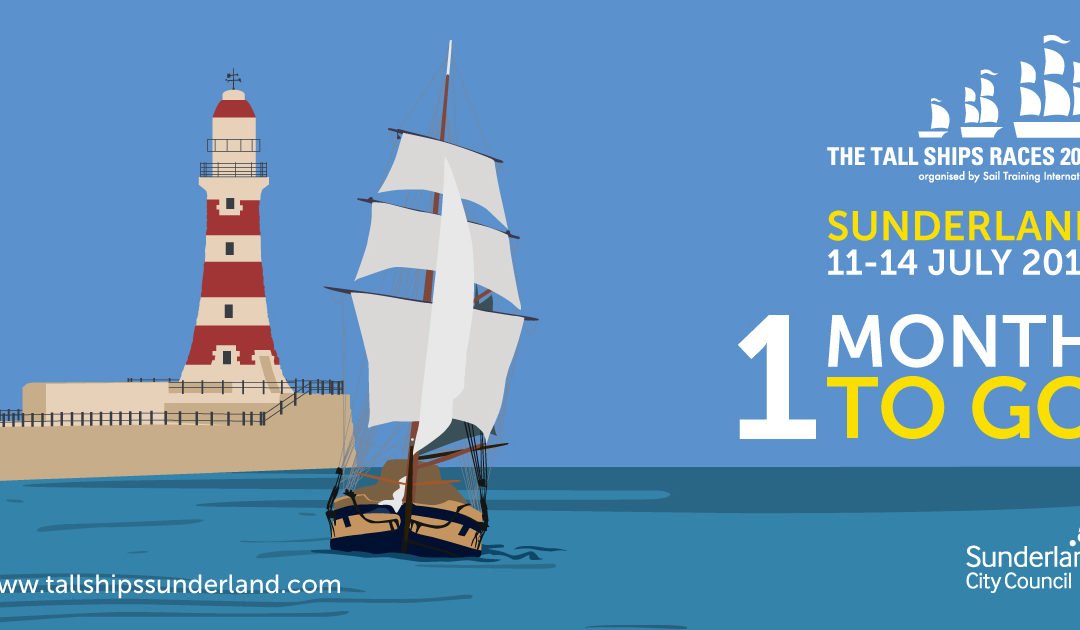 The final countdown has begun for The Tall Ships Races Sunderland 2018.

From July 10-14, the city of Sunderland will host the UK’s largest, free family event: a five-day festival of beautiful ships, circus, theatre and music.

And with just one month to go, organisers have revealed the scale of the event in numbers – and the economic impact it is expected to have on the city.

Fifty-five ships from 16 countries are now making final preparations before setting sail for Sunderland – with one ship, the Tarangini, facing a 3,600-nautical mile journey.

One of the largest ships taking part is Christian Radich from Norway, at 73m long and 33.6.m high, which featured in the BBC TV drama The Onedin Line in the 1970s, while the smallest is the Wyvern at just 13m.  Along with their crews of 466 experienced international sailors, 152 young sail trainees from Sunderland will join ships on Friday July 13.

They will also join the 1000-strong Crew Parade through Sunderland on Thursday July 12 from 3pm to 4pm and later take part in the first leg of the Races, to Esbjerg, Denmark, gaining a raft of practical and personal skills and the experience of a lifetime.

As host port for the event, Sunderland has laid on its biggest ever, free public festival – spread across four event zones; the Port of Sunderland (Zone A), the Town Moor and East End (Zone B), St Peter’s Riverside (Zone C) and Roker and Seaburn Seafront (Zone 4).

There will be a massive 200 performances of theatre, circus and music – from school choirs, brass bands and local bands such as The Lake Poets and Smoove and Turrell to international performance artists and a high-wire spectacular from Cirque Bijou.

233 Wearsiders have signed up as volunteer Event Makers advising the estimated 1.5m visitors what to see, where to see it and how to get there.

And 250 bars and catering concessions will be on hand selling everything from coffee and crepes to pints and pizza.

Among the many businesses supporting The Tall Ships Races Sunderland 2018 is Tyne and Wear Metro operator Nexus. Customer services director Huw Lewis, said: “I’m looking forward to a party atmosphere that extends up from the docks and right through the city.

“The Tall Ships Races is about opening Sunderland up to visitors from all over the world and celebrating the city as a meeting place of cultures.

“We’ll be playing our part by bringing visitors from across North East England on Metro throughout the event.”

Councillor John Kelly, Sunderland City Council Portfolio Holder for Communities and Culture agreed the event is a superb opportunity to showcase the city to a wide audience – and it is also expected to generate £30m for the city’s economy.

“The city has absolutely pulled out all the stops for this,” he said. “It is a hugely prestigious international event and we intend to make the region proud.”