Ocado Group moves into The Beam with first recruits in post 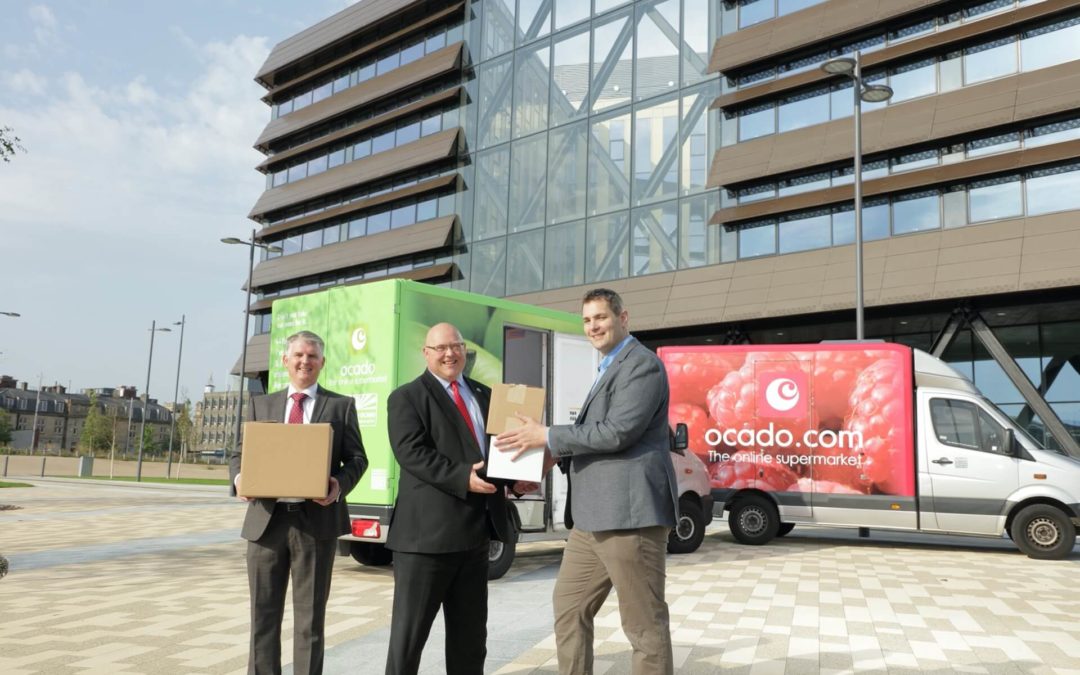 The first 30 of 300 new jobs for the city have been filled, as global grocery business Ocado Group moves into its Sunderland home.

The world-leading ecommerce firm, which has taken two floors of The Beam – the first building to open its doors on Riverside Sunderland – has appointed a range of customer service-based roles, and staff are beginning to move into its state-of-the-art office in the city centre.

Recruitment is set to continue in 2020, as the business assembles a 300-strong team to support its customer service function.

Debbie Wilson, head of service delivery support, who heads up the business’ contact centres, said she was delighted to see the first cohort of employees move into Ocado Group’s new base.

She said: “It’s wonderful to see our Sunderland team starting to take shape, with the first employees moving into our stunning new office space.

“There were so many things that attracted us to open a facility in Sunderland, but more than anything, the skilled people we believed we could access greatly appealed. It’s been fantastic to see all of our hopes being realised – the level of talent here has blown us away, and we’re really looking forward to building on that as we get up to full capacity.”

The centre is an additional hub for Ocado Group, which has a similar set-up in Hatfield, and will support the business’ continued growth. The firm will be running rounds of recruitment, as it assembles its full team.

“We’ll be continuing to grow our team throughout 2020, with announcements to follow in the new year,” added Debbie.

Sunderland City Council revealed it had attracted Ocado Group to the city earlier this year, with the firm committing to a 15-year deal to let the top two floors of the building. Sunderland business, Penshaw View, became the first company to officially move into The Beam, after signing an agreement to take over a large section of the ground floor in the autumn.

Councillor Graeme Miller, leader of Sunderland City Council, said he was delighted to see Ocado Group moving into The Beam, with its newly assembled team.

He said: “The Beam is a real flagship building for us, and attracting Ocado Group to move into it was a huge coup. It’s fantastic to see the company moving its team into this stunning new development that was sorely needed in the city centre.”
He added: “We were always very confident that Ocado Group would be impressed by the talent and skill of Sunderland people, and I have no doubt that the response they had during the first phase of their recruitment process vindicated their decision to open a base here.

“We look forward to seeing them grow, and get their team up to capacity over the coming months, as their Sunderland operation begins to deliver for them.”

Ocado Group’s move into Sunderland is one of a string of positive developments in the city. Legal and General announced £100m of investment in the city in November, which will fund the development of City Hall and two further buildings on the Riverside Sunderland site.

Among other exciting new city centre developments is a 120-room Holiday Inn hotel on Keel Square; a 450-seater auditorium, that is now under construction in the city’s Minster Quarter; a new business centre, in the former River Wear Commissioners Building; the regeneration of the Elephant Tearooms; the transformation of Mackie’s Corner, being led by local developer Henry Kirtley; as well as announcements in Seaburn of a STACK development and proposals for a pub with rooms from the Inn Collection Group.