Angels of the North get on their bikes in Sunderland 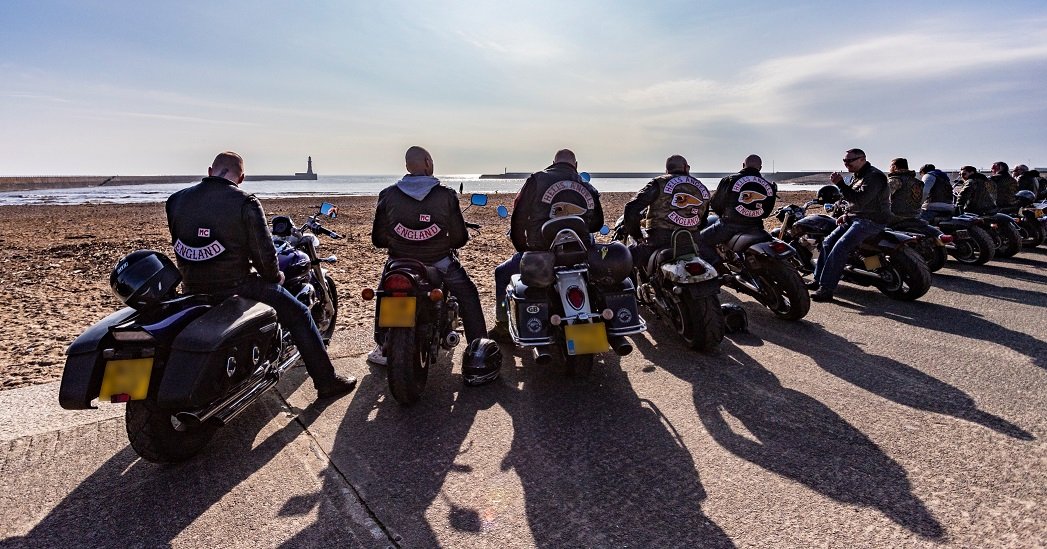 The guardians of one of England’s most well-kept naval secrets have headed to the River Wear ahead of a major international sailing event.

On July 11 a magnificent fleet of sailing vessels will arrive at the North East coast for the UK’s largest, free, family festival; the Tall Ships Races Sunderland 2018.

And with less than three months to go, around 250 bikers from 28 of the North East of England’s motorcycle clubs gathered at the shoreline to give their own special welcome.

The North East Coalition of Motorcycle Clubs is hosted by the Hells Angels MC Tyne & Wear and the Club House in which the Hells Angels meet, houses a very important piece of naval heritage, of which they are very proud.

Angels Place – one of the oldest buildings in Sunderland – is at the edge of the river and was used to house and rehabilitate injured sailors from the epic Battle of Trafalgar, in which Admiral Horatio Nelson took fire against a larger fleet of French and Spanish ships.

And the Hells Angels carefully guard the building’s very own Holy Grail – a full, battle log detailing the chronological events of the naval battle, with each ship’s fate accounted for and the notification of Admiral Nelson’s death in battle carefully recorded.

“Even though the British were badly outnumbered, Nelson decided to go on the attack, declaring England expects every man to do his duty,” said Alasdair Bailey, accountant and chairman of the Coalition Motor Cycle Club 2012.

“He died doing his duty but under his orders the battle raged on, securing British control of the seas and ensuring Napoleon would never again try to invade the British Isles.”

On July 11, a fleet of vessels even larger than that faced by Nelson will descend on Sunderland, marking the start of four days of celebrations in the city, “but this time we will be very pleased to see them,” said Alasdair.

“It’s brilliant that the port of Sunderland, one of the oldest and greatest ports in Britain, has been chosen for this event and we want to show the rest of the country – and the world – that they will receive the very warmest of welcomes.”

The Hells Angels host 28 other Motor Cycle Clubs which play a huge part in the North East’s community raising more than £40k for local and national charities.