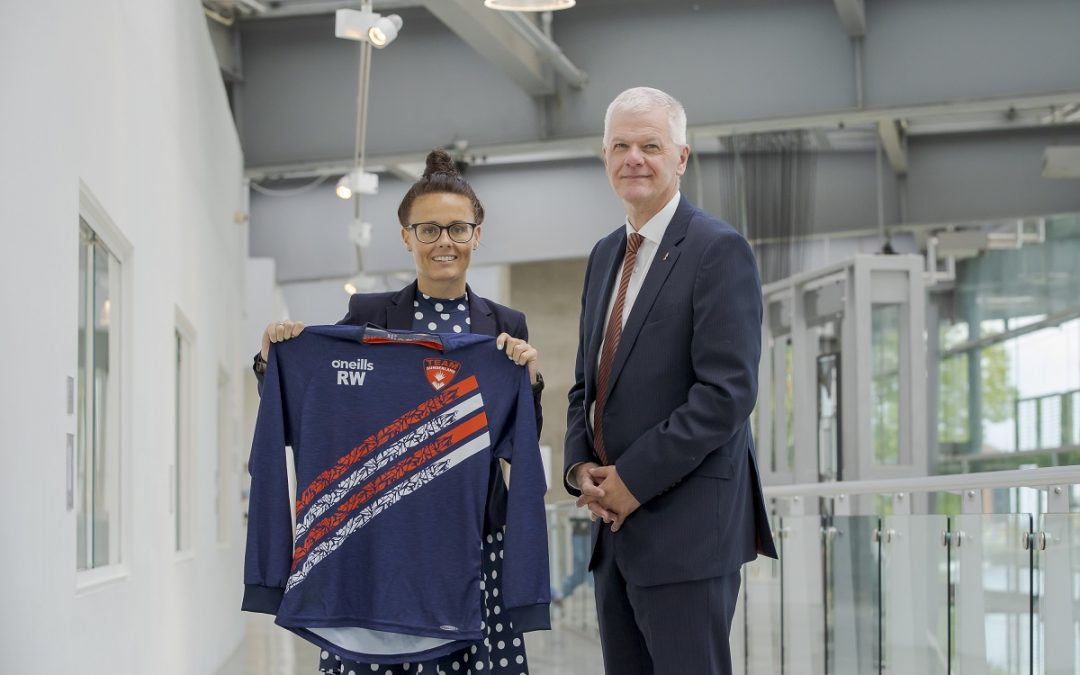 A football fan who made history when she became the first female referee to be appointed to a game in the English Football League is celebrating another accolade.

Rebecca Welch, from Washington, has been given an Honorary Fellowship by the University of Sunderland.

The award comes six months after the 37-year-old was invited to take charge of the League Two clash between Harrogate Town and Port Vale, a historic decision that changed football forever.

Speaking on Tuesday during the ceremony, Vice-Chancellor of the University of Sunderland, Sir David Bell, said: “Rebecca has helped blaze a trail for women referees, in a way that will be remembered for generations to come.

“Here at the University of Sunderland, we take pride in celebrating academic success.

“But we also take pride in acknowledging and honouring life-changing, society-shaping success – the kind of success Rebecca epitomises.”

Born in Gateshead, raised in Washington, Rebecca spent her childhood playing football in the streets and on local fields.

It was a sign of the times that, at secondary school, there was no girls’ football, so Rebecca resigned herself to goalkeeping in the hockey team, mainly because she was the only one brave enough to put herself in the firing line.

After leaving school just before taking her A-levels, Rebecca was soon working fulltime for the NHS, and playing football for local women’s football teams.

During one game, she was challenged to take up a referee training programme – a challenge she accepted and in 2010 Rebecca qualified as an official.

But, as anyone who has ever spent a Sunday morning on the pitch side-lines will know, grassroots football is not a place for the faint of heart.

So, did Rebecca find it tough going to be a woman referee in a male-dominated sport?

“No”, she says. “In reality, if anything, I was probably treated with a little more respect by the players because I was a female ref.”

“For me, being a female referee has never been problematical; no one has ever voiced dissension directly towards me, the feedback has all been positive, and the social media trolls have kept away.”

Rebecca’s groundbreaking EFL appearance in April this year made international headlines for all the right reasons.

But, in reality, this Washington girl prefers spending time with family and walks with her dog, rather than posing for photos and giving interviews.

She added: “Would I like to one day referee a Premier League game? If it happens, it happens…”