Halloween was scarily good in Sunderland 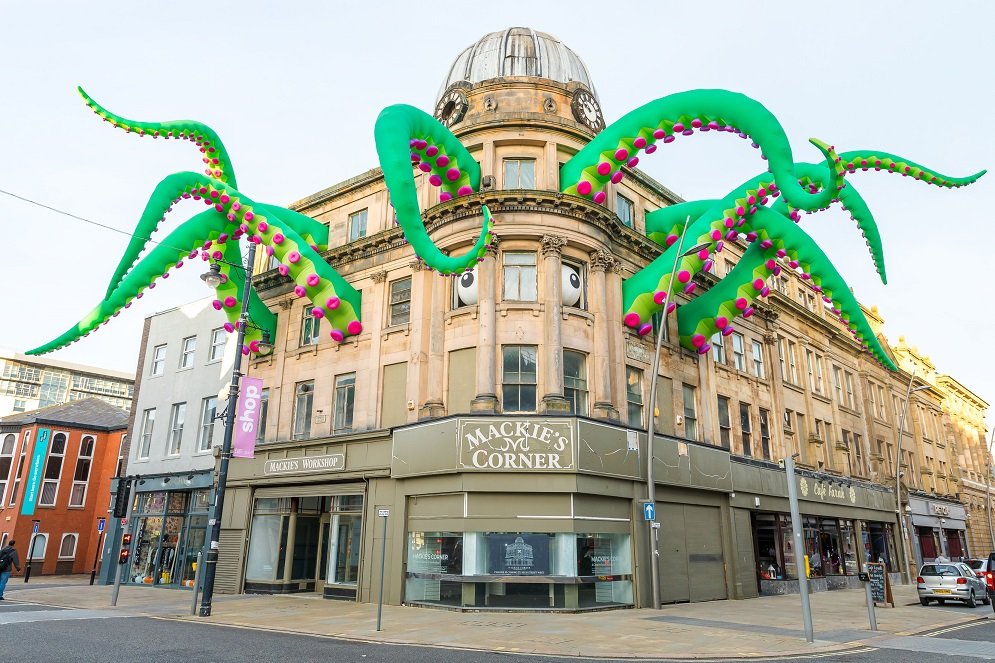 Sunderland is in good spirits, as a report reveals its first Halloween festival proved a huge boost for the city.

Lights Out – a joint initiative by Sunderland BID and Sunderland City Council – ran from 25 October to 3 November, with a packed programme of entertainment for all ages including a spooky parade involving hundreds of young people through the city centre.

The event, which also included giant inflatable tentacles at Mackie’s Corner and above the Bridges’ car park, proved a massive attraction – and now the plan is to make it bigger and better for 2020.

At the same time, an overwhelming 96 per cent of people asked for Lights Out to be repeated and said they would attend again.

The hope is that the festival – which was also supported by the Bridges, Gentoo, the University of Sunderland, Sunderland College and QC Space, which owns Mackie’s Corner – can grow for this year, bringing more inflatables to the city.

Organisers also want to expand the parade, which involved more than 350 people from groups across the city and are already asking for anyone wanting to get involved to make contact.

The BID is also hoping to get other companies and organisations on board to support the programme, to make it bigger and more attractive to visitors.

“The impact that Lights Out made on the city was incredible,” said Sharon Appleby, Head of Business Operations at Sunderland BID.

“The tentacles were a huge talking point and the social media engagement was brilliant.

“We’re now looking for support from more organisations so we can ensure that we can build on this success and so that Lights Out can continue to have a really positive effect on the city centre economy.”

Sunderland City Council leader, Cllr Graeme Miller, was full of praise for Lights Out and appealed for other companies to take part.

“Halloween is a huge growth area in the UK and it something that we can use to help benefit the city,” he said. “We are fully supportive of the BID and their plans to deliver Lights Out again this year.

“The city parade was an amazing event and the sheer joy it created in the city centre cannot be underestimated.

“It was fun, scary and entertaining and we hope to make it bigger and better for 2020.”

More information about how to get involved in the parade and other events, along with details on sponsorship opportunities is available by contacting Natalie Dellow at natalie.dellow@sunderlandbid.co.uk