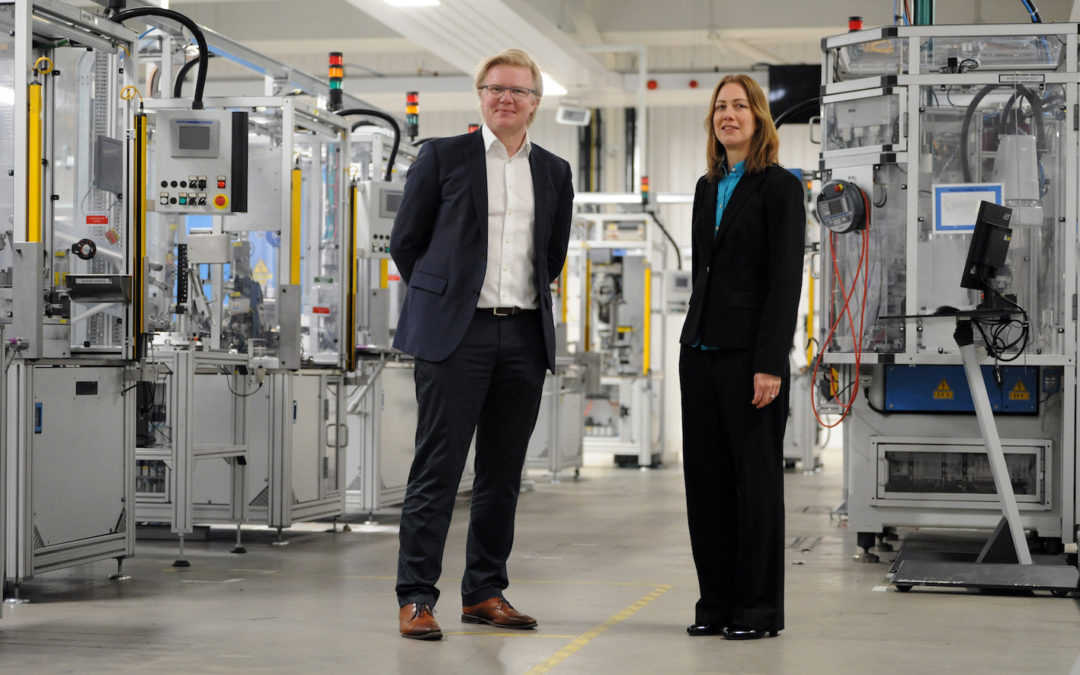 An AIM-listed green engineering firm is expanding into Sunderland and on-shoring from China, after securing a facility in Houghton-le-Spring.

Saietta Group, a UK based global business that specialises in the design, development and supply of electric powertrains, has signed a lease on the former ZF site in Rainton Bridge, in a move that will accelerate Saietta’s expansion plans and support the advancement of e-drive solutions.

The move relocates e-motor production from China, a boost for UK Plc that strengthens Sunderland’s position as a European manufacturing hub.

The firm – which was floated on the London Stock Exchange AIM in July 2021 – had indicated its intention to grow capacity to manufacture around 100,000 electric propulsion motors per year – and its move into Sunderland will fast-track the company into the next step in its evolution.

The business has been supported with its move by Sunderland City Council, as well as ZF, which still has a large facility in Peterlee.

ZF announced it would be withdrawing from Sunderland last year, having employed people in the city for more than 30 years.

Saietta has taken a lease on the 86,000 sq ft premises, providing it with a pilot production facility capable of supporting its rapid growth.

Wicher (Vic) Kist, chief executive of Saietta, said: “This is a landmark achievement for Saietta, providing us with a UK pilot production facility more than two years ahead of schedule, accelerating our capability to supply our innovation to clients in high volume globally.

“In addition to the lease on the large premises in Sunderland, we are also acquiring automotive production lines and are ready to employ a fantastic, proven team with decades of experience in manufacturing electric motors between them.”

“The UK is a hot spot for electric powertrain innovation and we are committed to building up the engineering and manufacturing of our technology in the UK and exporting to mainland Europe and beyond. This is a very clear signal of our intent,” Vic added.

“I want to thank ZF and Sunderland City Council for their support.  I look forward to working with the new team to make this facility a key building block in Saietta’s continued growth.”

Initially, Saietta intends to use its new facility to manufacture its e-Axle heavy commercial vehicle drivetrain, which was previously manufactured in China, as well as scale up the production of its proprietary AFT (axial-flux technology) motors for multiple applications.

Following their redundancy, the majority of ZF staff have already gone on to secure jobs elsewhere.

The newly appointed Saietta employees will form the basis of the Plc’s operational team in Sunderland.

Saietta’s move into Sunderland is a welcome boost for the city and wider regional manufacturing sector which has been boosted by a number of positive announcements, including Nissan’s EV36Zero Electric Vehicle Hub in partnership with Envision Group and Sunderland City Council, which includes Envision AESC’s new Gigafactory at the International Advanced Manufacturing Park (IAMP).

Peter McIntyre, executive director of city development at Sunderland City Council, said: “This is a fantastic announcement for Sunderland, that will secure jobs for people from the city and further afield and increases the city’s contribution to the move towards a net-zero economy.

“We have established Sunderland as a globally recognised hub for engineering and advanced manufacturing, and to attract Saietta is further vindication of that.

“We’re delighted to have been able to support Saietta with its move into Sunderland and look forward to seeing them go from strength to strength in Sunderland.”

He added: “It’s been brilliant to see ZF play its part in the city’s economy over the years and in supporting Saietta’s move here too.

“The company leaves a proud legacy behind and has made an enormous contribution to the city over the 30-plus years it was based here, so it’s fitting that they should play a positive part in their facility’s next chapter, which will bring yet more jobs and prosperity to Sunderland.”

Duncan Hedley, former ZF Sunderland Plant Manager, who has been offered a role with Saietta as the firm prepares to ramp up production in the city, said: “The loyalty, professionalism and pride of the Sunderland ZF team was absolutely incredible and I’ll always be proud to have been part of such a major business in Sunderland.

“I’m very much looking forward to leading Saietta as it establishes its base in Sunderland, tapping into the talented skills base we have in the North East.”

Having a UK manufacturing capacity is seen as crucial in ensuring that Saietta maintains a firm grip on its production quality and cost.

It is hoped that the new facility could be ramped up creating more opportunities for local people and businesses.

Ian Constance, chief executive of the Advanced Propulsion Centre, said: “I’m delighted to see Saietta taking over this facility with plans to manufacture some of the most advanced electric motor technology, creating highly skilled jobs and retaining talent in the sector.

“This is yet more proof that the UK is a leader in electric vehicle innovation and is now ready to move to large-scale production and commercialisation of UK-developed technology.”