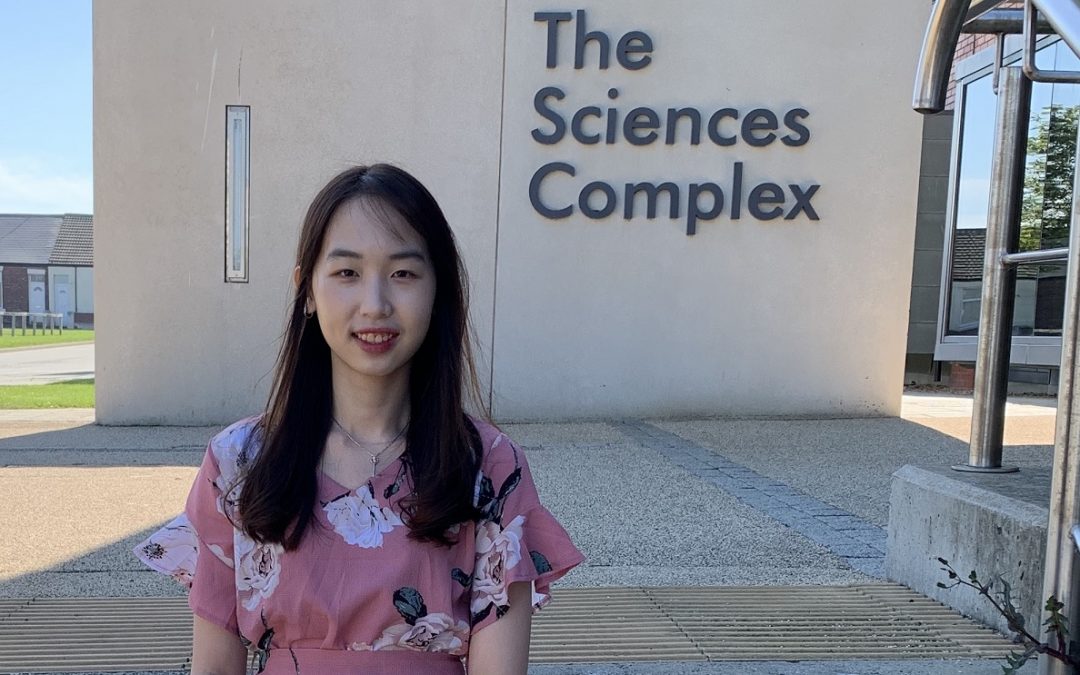 Four years ago Jo Xuan Tan made the life-changing decision to leave her home in South East Asia and travel thousands of miles to begin a pharmacy degree at the University of Sunderland.

That career decision has paid off. Not only has Jo achieved First Class Honours, but she has also picked up an annual prize for her outstanding performance throughout the MPharm degree.

Academics chose Jo as this year’s worthy recipient of the Roz Anderson Memorial Award, honouring the memory of an inspirational scientist dedicated to improving the treatment of patients with a rare life-threatening genetic disease. 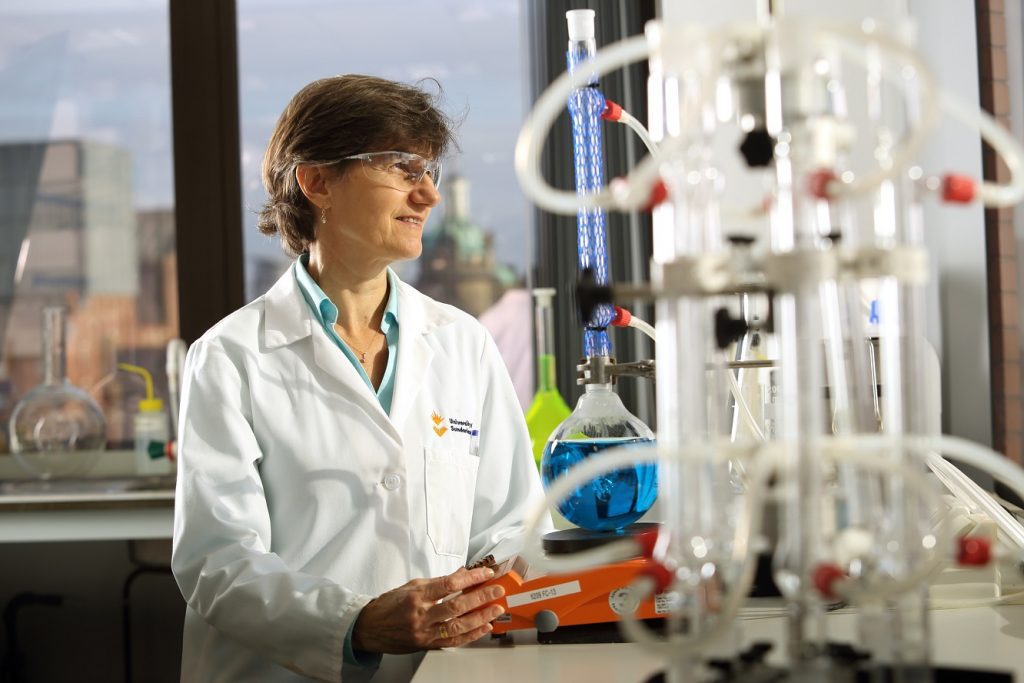 Professor Anderson, who sadly lost her battle with cancer in 2018, was a Professor of Pharmaceutical Chemistry at Sunderland.

In her 31-year career as a researcher at the University she worked on the treatment of Alzheimer’s disease, diagnosis of bacterial infections, psoriasis and cancer, but her particular passion was the battle against the rare genetic disorder Cystinosis.

Before her death she organised with her family and University staff an annual prize dedicated in her memory to an outstanding pharmacy student, who would reflect Roz’s devotion to supporting scientific research designed to improve the lives of others, her strong belief in teamwork and making a difference in society by inspiring future generations.

Jo, 24, from Malaysia, is the second student to be chosen for the award, for her outstanding performance across all areas of the MPharm programme.

On receiving the accolade, Jo said: “I felt really grateful, but was surprised at the same time as it came unexpectedly.

“I chose to study pharmacy because I like the subject and have always wanted to show my care for others in one way or another.

“My family have been so proud of my achievements throughout my entire degree and were really glad that they made the decision to allow me to study at Sunderland after completing my GCE A levels in Singapore. It really has been a life-changing experience.”

She added: “Sunderland is so well-known for its pharmacy programme and I liked the approach the university took to my course. I enjoyed it very much.

“I also liked the way our lecturers delivered the programme, the contents they included really helped to prepare us for the working world.

“They have been so friendly, approachable and helpful which became a motivation for me to work harder.”

Asked how she coped in the final year of her course during the Covid 19 lockdown, Jo explained: “I was studying and revising at home during the lockdown period using online materials and pre-recorded lectures provided.

“Although there was less freedom, it allowed me to fully focus on my study and the occasional conference meetings with our lecturers allowed the teachings to remain interactive.”

Now she has graduated, Jo will be working as a pre-reg pharmacist for the University Hospital Plymouth NHS Trust.

She hopes to work in hospital pharmacy in the future back in the North East, an area she has come to love as her home.

Lynzie Middleton, Senior Lecturer in Clinical Pharmacy, said: “Jo has been the top performing student right the way through the programme.

“She has particularly excelled in the science-based content which is in line with the memorial award.

“We are all incredibly proud of her achievements and she thoroughly deserves this success.”

Lindsay Parkin, Senior Lecturer in Pharmacy Practice and Clinical Therapeutics, added: “We believe Jo is an outstanding recipient of this award who reflects the values that Professor Anderson was so passionate about. We wish her the very best in her future career.”

Roz Anderson herself was an award winner and picked up a WIN Award in the STEM Category at the Network North East Woman Entrepreneur of the Year Awards in 2016.

Her win was due in part to her strong belief in teamwork and making a difference in society by inspiring future generations.

Despite her intense research work, Roz insisted on working alongside undergraduate and PhD students and post-doctoral scientists, working to ensure that young people are advocates for the advancement of medicine and society.

Roz’s work was also not confined purely to the lab, and she made a point of meeting and discussing her work with the children affected by rare genetic disease Cystinosis and their families, which she maintained was an essential aspect of her work.

Asked if Jo has any advice to students thinking about studying pharmacy at Sunderland, she said: “If you are thinking of applying for the pharmacy course, rest assured that you will be provided with high-quality teaching and useful materials, but the most important factor that determines whether you can get the most out of it lies on your perseverance and the commitment you are willing to give.

“It may not be an easy journey for you to embark on but I can assure you that it will definitely be a rewarding one!”