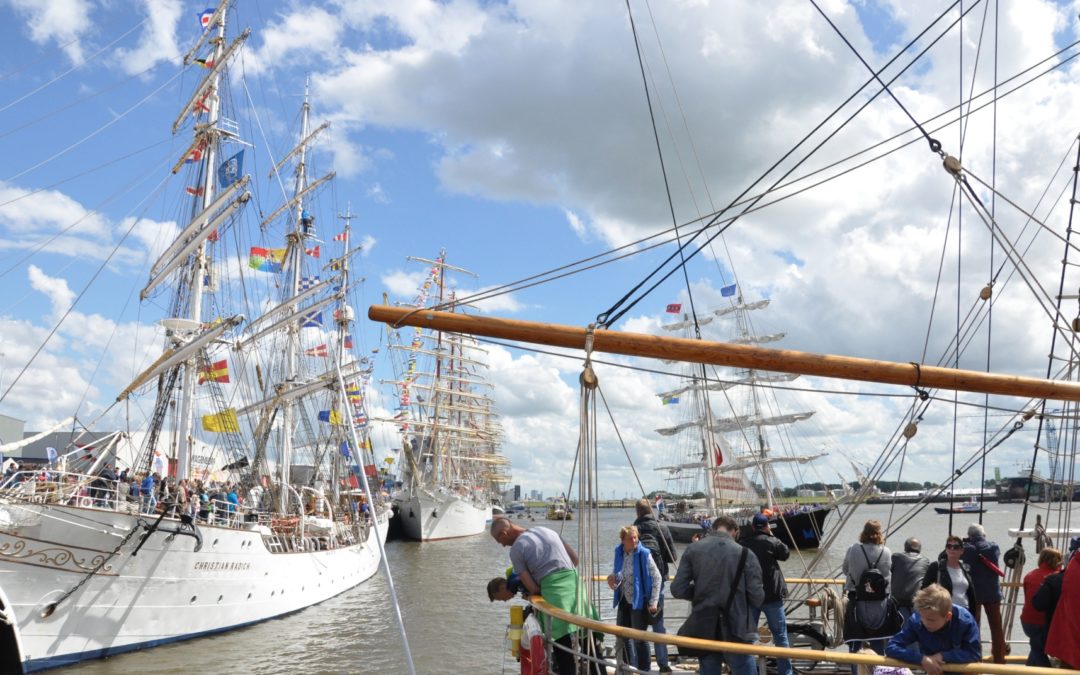 Visitors to the North East will be able to enjoy a sneak preview of the UK’s largest free, family festival after it unveiled plans to launch a day early.

The Tall Ships Races Sunderland 2018 is scheduled to take place from 11 to 14 July – but organisers have announced a preview day on 10 July, giving visitors an early bird taste of what is in store.

Along with the chance to enjoy a whole raft of live performances from Wearside schools and performers, visitors on 10 July will be able to browse the many food and craft stalls taking part in the festival.

The ships are all due to be berthed in Sunderland by noon on Wednesday 11 July, so visitors on the Tuesday may be able to watch as some of them make their way to their berths along the banks of the River Wear.

“Although the event doesn’t start officially until 11 July, all of the traders, food outlets and concessions will set up the day before,” said Sunderland City Council Portfolio Holder for Communities and Culture Cllr John Kelly.

“So it makes sense to invite people to come along a little earlier if they wish. The event zones might be a little quieter, which some people will prefer.”

“The staging will be in place and we thought it would be great if local schools were able to enjoy the spotlight, too.”

On Tuesday 10 July, event zones at Town Moor in the East End and St Peter’s Riverside will be open from 10am-10pm. The Port of Sunderland will be open to visitors from 4pm-10pm.

The festival will officially begin on Wednesday 11 July when all ships taking part in the Races will be in position in the River Wear and the Port, with crews including young people from Sunderland and around the world.

Then Extraordinary Bodies – a circus troupe of disabled and able-bodied people – will spin high above the crowd on a rotating aerial rig, while Finnish all female circus act Sisus Sirkus will showcase their trapeze and circus skills on a 9m high aerial wire.

In the evening the city will turn out in force for the Welcome Parade – the first of a series of parades during the festival – through the Port of Sunderland.

The following day – 12 July – entertainment will include a performance by Southpaw Dance on a real fairground carousel and a carnival-style Crew Parade, which will travel from the Civic Centre, through the city, to St Peters Riverside.

Stilt walkers and drummers will accompany the Parade which will end with a Prize Giving Ceremony and firework display at the Port.

On Friday 13 July Citrus Arts will perform dance and aerial acrobatics on an upturned ship and world famous Danish clown Paulo Nani will entertain visitors of all ages.

And, as the sun sets over the River Wear, three of the world’s most highly skilled wire walkers will attempt a unique feat of daring and possibly set a world record – by crossing the River Wear on a high wire.

Thousands of spectators are expected to watch as British husband and wife team Chris and Phoebe Bullzini and Belgium’s Johanne Humblet, of Circus Bijou, will ascend a 30m high, 220m long, inclined high wire without a safety net.

For the final day of the festival, the spotlight will shine brightly on North East talent with music and dance from Sophie Lisa Beresford and aerial acrobatics from Emma Bloomfield along with a community-based Summer Streets festival at Seaburn.

During the afternoon, the ships will begin to leave their berths and the four-day festival will draw to a dramatic close with a magnificent Parade of Sail, when they travel up the coast and head out to the North Sea and the Race start line to Esbjerg, Denmark.