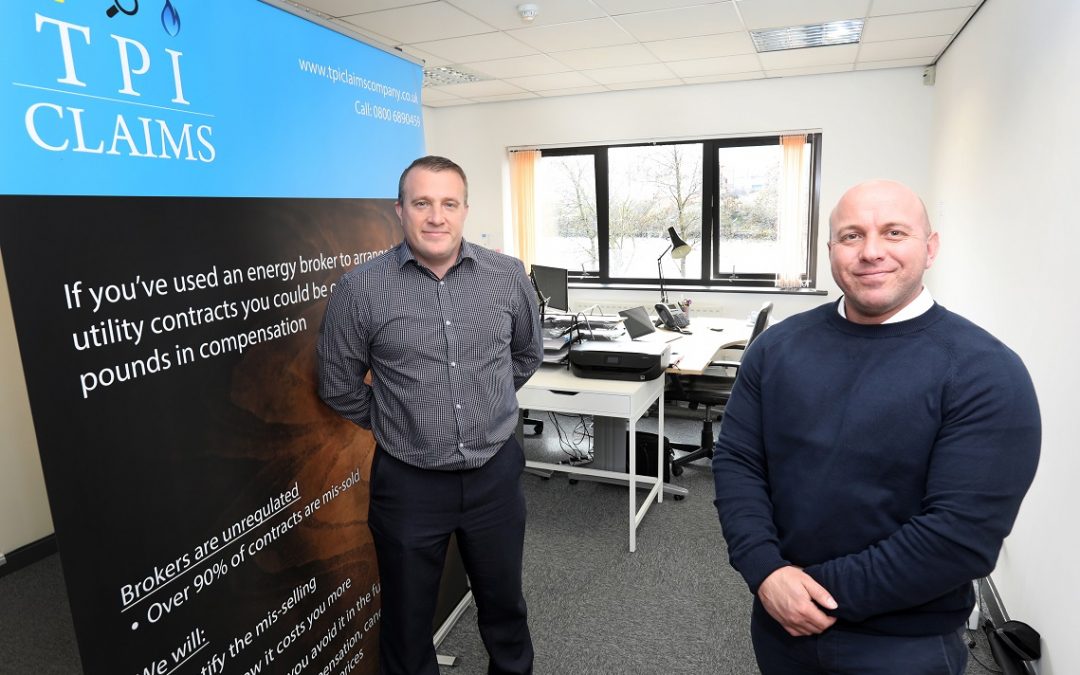 A company helping organisations recoup losses from energy mis-selling is generating positive charge of its own, after helping firms affected by the pandemic reclaim thousands.

TPI Claims Company is the brainchild of brothers Craig and Mark Don and officially launched in September last year, after the pair realised the ‘staggering number of energy brokers that were actively mis-selling policies to their customers.’

The brothers, who live in Sunderland, both have experience of working in the energy and claims sectors and decided to combine their expertise to not only help firms and charities recoup losses, but lobby for tougher regulations to be imposed on the industry.

Launched during the pandemic, the company is helping many organisations identify and claw back losses from mis-selling, as well as launching a petition via Change.org to lobby the government for stricter regulations on energy brokers.

Co-founder and business development manager, Mark Don, said: “Over half of all companies and charities in the UK procure energy and utilities through a broker and research shows that a staggering 90% of those companies have been mis-sold to.

“I worked as an energy broker up until just three years ago, however it wasn’t until Craig began working for a company similar to TPI that we truly became aware of the scope of the issue and how common it is for companies to sign contracts packed with hidden fees and charges.

“After a conversation with Craig, we weighed up the pros and cons and decided – given our experience and the gap we’d identified in the market – we’d have a go at it ourselves.

“We set up TPI in September last year and have been assisting companies ever since.”

While setting up during lockdown meant the company found it difficult at first to get in contact with many of the senior business decision makers, it also acted as somewhat of a boon.

Mark added: “The pandemic has brought out the worst in a lot of brokers and the amount of mis-selling has soared to new heights, not just by companies not disclosing commissions and recommending long-term contracts, but also through the formation of proxy companies, fraud and signing contracts without customers being aware.

“Yet, as morally devastating as this exploitation is, it has also somewhat aided our cause to raise awareness of mis-selling and malpractice and has resulted in more businesses than ever before revisiting contracts and having their eyes opened to mis-selling.

“Since launching, over 90% of the companies we have engaged with have a valid claim, with an average claim total of £14,352, which for many, could be the difference between staying afloat or going under in the current economic climate.”

Having started out working from home, the pair have since relocated to the North East Business and Innovation Centre (BIC) as they look to grow their team and have worked with one of the centre’s business advisers to help refine their business plan as they look to scale the company.

Donna Surtees, centre manager at the BIC said: “It’s always refreshing working with a business that has a strong sense of social conscience at its core and it’s been a pleasure working with Craig and Mark to help them ready the business for its next stage of growth as it looks to grow its team.

“The North East BIC was set up to provide the flexible business space required to help businesses grow sustainably and to offer a full support eco-system that helps firms innovate and grow, and TPI is a fine example of this.”

For more information on the North East BIC, visit: https://www.ne-bic.co.uk/