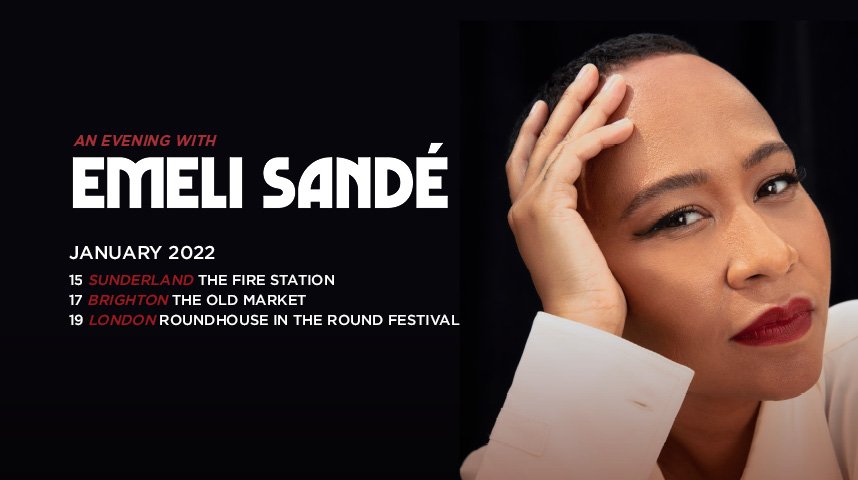 The Fire Station opening programme continues to go from strength to strength as even more exciting artists are added to the venue’s opening line up.

Singer songwriter Emeli Sandé is returning to her hometown as a highlight of the opening programme of Sunderland’s new £18m performance venue.

Emeli, famed for her powerful vocals and heartfelt songs, will appear as part of Firestarters, the opening programme for The Fire Station Auditorium when she appears on Saturday, January 15.

The venue had revealed the first artists for Firestarters, but has now added Emeli and several other artists to the programme which starts when The Fire Station Auditorium opens next month and runs to next June.

Tamsin Austin, Director of The Fire Station, said: “Emeli is one of the country’s most popular and respected artists and we can’t wait to welcome her back to her home city.

“As Chancellor of University of Sunderland her links to the city remain strong and I’m sure local and regional fans of her music will be desperate to get tickets for her show, which will be an intimate acoustic performance.

“Emeli will be a huge attraction to our new venue and a massive addition to Firestarters.

“We’re delighted to add Emeli and several other brilliant artists to Firestarters and to reveal BBC Radio 3’s New Music Show will be broadcast live from The Fire Station in March as part of the programme – which is a real coup for us.”

The BBC Radio 3 event will be a late-night gig of cutting-edge, avant-garde music and sound art by leading artists from the North East curated by the station and hosted by New Music Show’s presenters.

Also announced as part of the programme are cult Japanese drumming troupe Kodo who bring their breathtaking Kodo One Earth Tour Tsuzumi to the auditorium as part of their 40th anniversary tour (Wednesday, February 16).

The Kodo drummers are known throughout the world and their hugely successful, dynamic shows combine Japanese ritual with punishing displays of physical endurance and musicality.

Tickets for Emeli and the new additions to the Firestarters programme go on sale this Wednesday (November 10).

As well as providing a perfect platform for professional, established artists, The Fire Station aims to provide a showcase for community talent.

Performers of all types, backgrounds, ages and experience are invited to be among the first to grace the stage at the brand-new music and performance venue.

If you want to be part of Open House, please visit https://sunderlandculture.org.uk/openhouse to find out more and how to apply.

For more information about all other events and to buy tickets please head to www.thefirestation.org.uk or follow @FireStationSun.

The Firestarters opening programme is commissioned by Sunderland Music Arts and Culture Trust and supported using public funding by the National Lottery through Arts Council England.