Elise is making up a great career 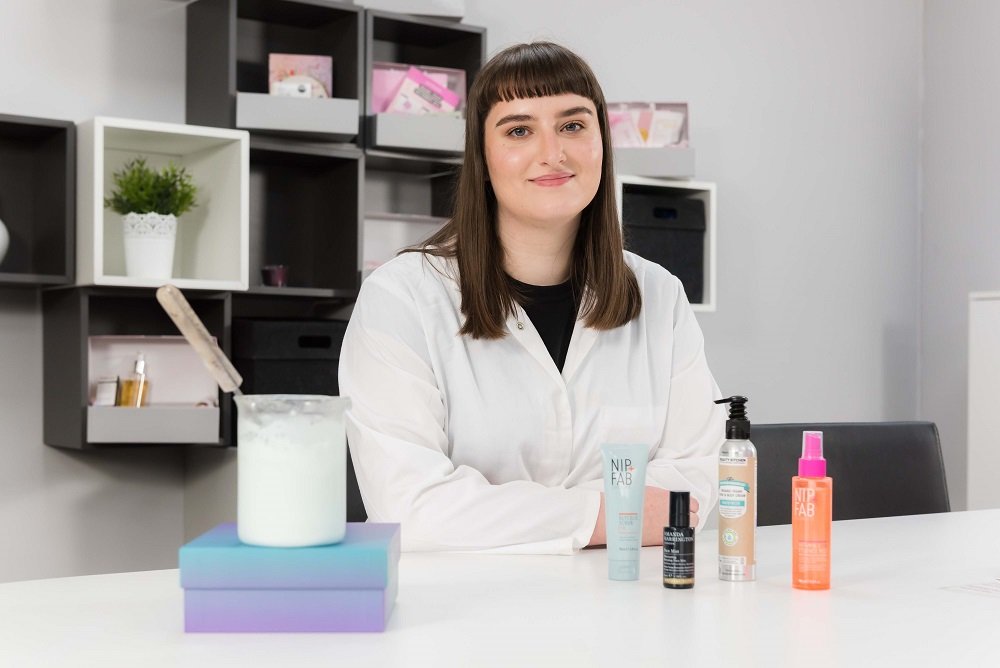 Before she had even graduated Elise Storey managed to land herself a full-time job at a global cosmetics company.

As the first in her family to go to university, Elise still can’t quite believe she has landed the prestigious role as a development technician with Orean Personal Care, an award-winning private label cosmetic manufacturing company operating in the UK and USA.

During the third year of her BSc Cosmetic Science degree at the University of Sunderland, Elise secured a 12-month placement with Orean as a lab technician, working with their high-end skin and hair care products, which have featured in the likes of Vogue, Harvey Nichols, Sephora and Boots.

The 22-year-old loved the work and said it helped build her confidence in a work environment, something she struggles with, to make her voice heard.

After completing her degree this month and just awaiting her results, she applied for a completely separate job and contacted Orean for a reference.

Within hours the company had told her a position had come up and offered her an informal interview.

Having impressed so much with her scientific knowledge and ability to learn on-the-job business skills, Elise was offered a full-time position once she’d finished her course.

“I still can’t believe how it happened, but within a couple of days I had the job with Orean, and am absolutely delighted,” said Elise.

Elise, from Doncaster, chose the Cosmetic Science programme as she says she loved the modules that were on offer and found the subject really appealed to her interests in both beauty and science.

She also attended an Open Day and says she found staff so welcoming and supportive that she knew this was where she wanted to study, adding: “I haven’t looked back. The programme developed my knowledge of the cosmetics industry over the course of my degree, which certainly helped when I began my placement.”

Programme Leader for BSc and MSc Cosmetic Science, Dr Kalliopi Dodou, who organised Elise’s placement with Orean, said: “I have designed the Cosmetic Science programme to equip students with the skills and knowledge for a successful and innovative career in the cosmetic, fragrance and personal care industry.

“Placements provide the opportunity to work in the cosmetic industry during the degree, and they are highly encouraged by my industry collaborators.

“Elise has been a great student and worked so hard during her placement opportunity at Orean. She deserves every success.”

The Cosmetic Science degree was created in 2016 to connect graduates with the £27-billion UK cosmetics industry.

The programme is designed around the science-led industry, which focuses on how the skin and body work, to produce innovative and improved products that respond to environmental and lifestyle changes.

The three or four-year BSc degree is among the first of its kind to be created in the UK.

Elise began her new role with Orean this month and is based at the company’s headquarters in Bradford.

Laura Humphries, Senior Development Chemist at Orean, said: “We are absolutely delighted to have Elise join our team again at Orean.

“During her placement, Elise showed great promise with her technical expertise and knowledge.

“The troubleshooting work that Elise conducted for her project on cleansing balm formulations was invaluable to Orean, and she was an excellent asset to the technical team. We can’t wait for her to start!”