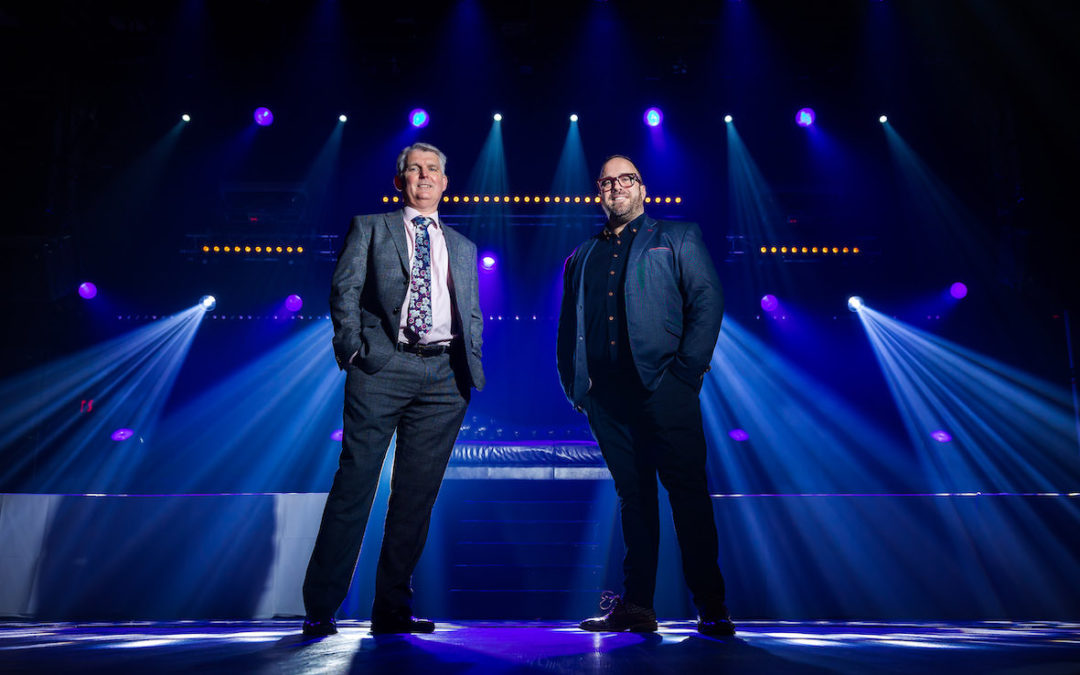 New venues and shows are helping raise Sunderland’s profile as a destination city, according to the operations director at a popular city centre venue.

Andy Golding has played host to a number of sold out shows since The Point reopened its doors following a £150,000 revamp last year.

From weekly comedy clubs to gigs with Martin Kemp and talk-ins with former England and Sunderland AFC football manager Sam Allardyce, the 1,350-capacity venue has attracted thousands of people to the city since the lifting of covid restrictions.

However, the venue’s resurgence hasn’t been without its challenges. For example, the announcement by the UK Government advising people to ‘think carefully’ about socialising over Christmas led to ticket sales collapsing during the festive period, as people ‘aired on the side of caution’ and stayed at home.

Thankfully for Andy and the team at The Point, they were fortunate enough to qualify for a £350,000 grant from Arts Council England and combined with its £150,000 expansion – which got underway prior to the pandemic – the venue has seen sales bounce back to pre-covid levels as the region’s revellers rediscover their love of live entertainment.

Andy said: “The pandemic proved incredibly challenging for us, especially during the festive period, when we had hoped to see things recover but saw people following the Government’s advice and remaining cautious.

“However, despite that, we couldn’t be happier with the reception we’ve received from the public since then.

“Over the past few months, we’ve had a full house for each of our comedy club nights, lots of live music gigs and quirky events such as the Serial Killer Next Door show with Emma Kenny, one of the UK’s most notable psychological therapists and crime commentators.

“The serial killer events in particular were a first of their kind for the city and saw people from all over the region attend.

“We’ve also diversified our offering with more experiential nights and corporate functions which is helping us put on multiple shows each week.

“It has taken time, and a lot of resolve, but it finally feels as though the sector is bouncing back. The buzz around the city is palatable.”

The expansion of The Point coincided with the opening of The Auditorium at The Fire Station and a revamped Independent night club, just a stone’s throw away, each of which have helped bring household names to the city and put Sunderland on the map as a destination of choice for people across the industry.

“It’s great to see so many venues bringing fun back to the city,” he added.

“We’ve got a similar population so there’s no reason why we can’t replicate that success.

“Having venues such as The Auditorium and the planned arenas on the former Crowtree and Sheepfold sites will mean the city has the potential to welcome over 15,000 people on any given night, providing a huge boost to our hospitality industry and the wider visitor economy.

“I moved to Sunderland in 2002 for University to study at St Peter’s Campus. I came on a Sunday and every shop shutter was down.

“Compare that to now and the city is booming. There’s no reason why the sector can’t be a catalyst for the entire city centre.”

Looking to the future, Andy is confident that the venue’s upcoming gigs will help it continue its fightback from the pandemic and that its diversity of shows will continue to attract people to Sunderland from across the region and beyond.

Andy said: “From the highly anticipated ‘An evening with Shaun Ryder’ to Bingo Loco, which has sold out venues from Sydney to Dubai, we’ve got a fantastic line-up of events planned for the next few months.

“Add to that our wrestling shows, children’s events and corporate functions and we’re confident that, as we look to the future, The Point will play a key role in helping put Sunderland on the map as a real destination city.”

The Point has received information, advice and support from Sunderland City Council’s Business Investment Team, with the team helping signpost the venue to funding and support initiatives to help it cope with the challenges brought about by the pandemic.

Patrick Melia, chief executive of Sunderland City Council, said: “We have fantastic assets and an outstanding cultural offer here in Sunderland and supporting venues such as The Point will be key to ensuring we continue to build on that offering as we re-emerge from the pandemic.

For more information on Sunderland as a city to do business, visit: https://www.mysunderland.co.uk/business-and-investment or follow @InvestSundUK.