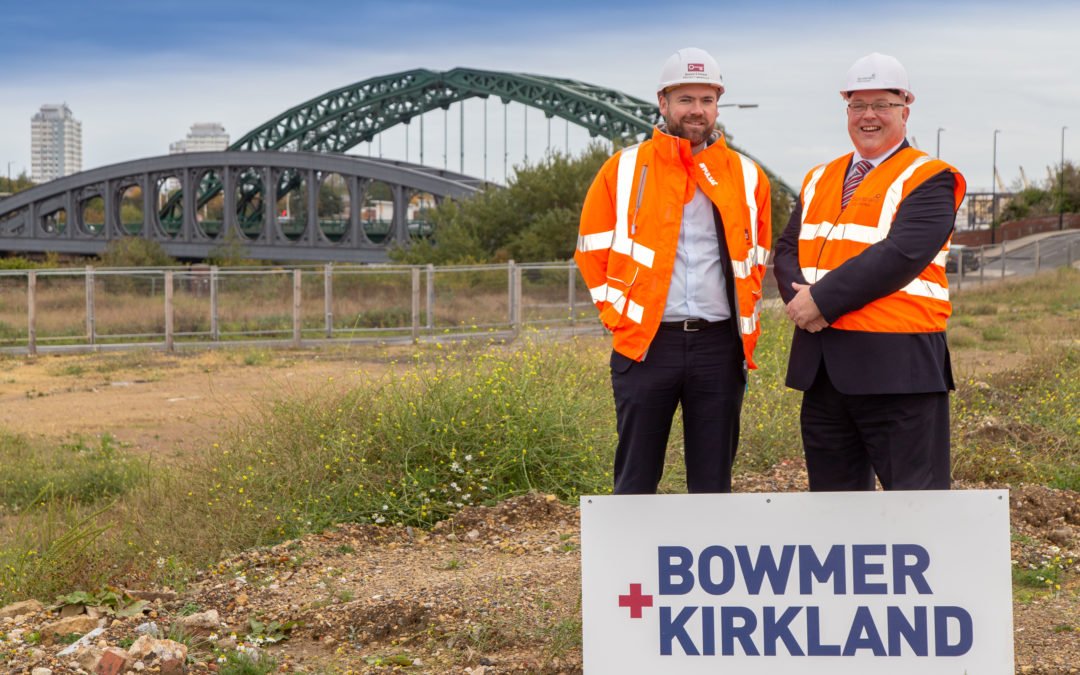 A Sunderland based company has been awarded the contract to build the new City Hall.

Bowmer + Kirkland, which has its North East regional office on the city’s Rainton Bridge Business Park, won the £42m contract after fending off competition from a number of other bidders.

The impressive new building, designed by award winning Faulkner Brown, will span 190,000 sq ft – more than twice the size of THE BEAM, the first building to be constructed on the former Vaux site, with construction expected to begin later this year and completion due in Autumn 2021.

The contract will create a number of benefits for local residents and companies as part of the council’s commitment to its community wealth building programme. It will create a number of full time and apprenticeship opportunities for local residents and will see a commitment of £29m to be spent in local supply chains and £9m with local SMEs. Bowmer + Kirkland intend holding a ‘Meet the Buyer’ event for local suppliers in the next few weeks. To register your interest please contact j.heads@bandk.co.uk.

The City Hall development is set to spearhead the regeneration of Sunderland city centre by accelerating the transformation of the former Vaux site and acting as a catalyst in attracting private investment.

It is a key element of a £500m city centre vision to transform Sunderland city centre into a place to be proud of. A city centre that acts as a key economic driver, creating jobs and opportunities for local people and helps the city deliver on its undoubted potential as part of a wider £1.5bn programme of investment across Sunderland.

It will also provide a new civic heart for the city, allowing the smoother delivery of services by housing Sunderland City Council together with a number of other public sector partners under one roof.

Council Leader Councillor Graeme Miller, said: “We’re delighted that the contract to build City Hall has been awarded to a Sunderland based company, with all the benefits that brings with it in terms of local jobs created and money spent with local companies and in the local economy.

“City Hall is an essential element of our £500m transformation plans to create a dynamic, healthy and vibrant city centre that our residents will be proud of and will want to live, work and spend time in.

“It will help us deliver the step-change we know residents want to see in the heart of the city by spearheading change that will deliver more and better homes and jobs in the city centre, new leisure developments, a new railway station and better connectivity in the form of improved road links and a footbridge across the river connecting the stadium with the city centre plus a stronger daytime and night economy.”

Bowmer + Kirkland has been involved in the construction of a number of major North East projects over recent years including The Word in South Shields, Newcastle University’s Urban Sciences Building and the Trinity Square development in Gateshead.

Paul Anderson, Project Manager, Bowmer + Kirkland, said: “We are delighted to be the main contractor on this important building for the city of Sunderland.

“This development will herald the regeneration of the city centre and will also encourage further development and investment, boosting the local economy.”

City Hall will be the second building on the former Vaux brewery site following completion of THE BEAM in June this year which will house Ocado. The world’s largest dedicated online grocer is bringing 300 new jobs to the city, sharing the building with health and safety training provider Penshaw View.

Among other exciting new city centre developments is a 120-room Holiday Inn hotel on Keel Square; a 450-seater auditorium, that is now under construction in the city’s Minster Quarter; a new business centre, in the former River Wear Commissioners Building as well as announcements in Seaburn of a STACK development and proposals for a pub with rooms from the Inn Collection Group.