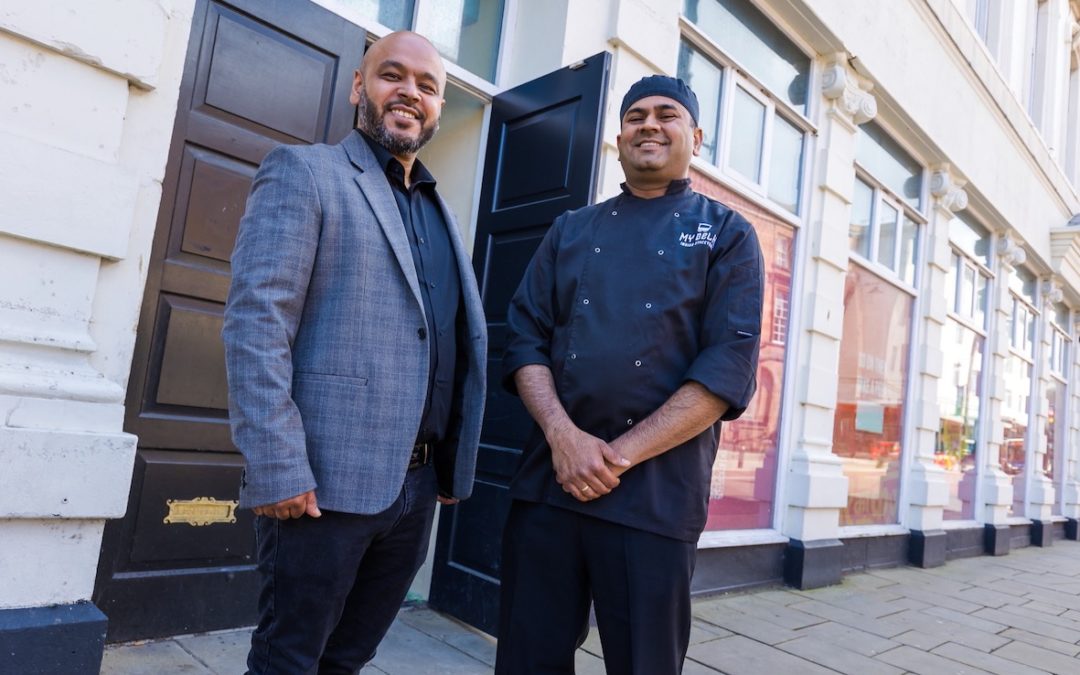 A team of restaurateurs who recently tasted success on a popular BBC cooking show are now serving up a new offering for Sunderland city centre.

Newcastle’s My Delhi has opened a second restaurant, in Sunderland, after it was triumphant on ‘Britain’s Top Takeaway’ hosted by Sara Cox earlier this month.

The restaurant opened its first outlet on Newcastle’s Clayton Street in May 2019 serving an array of authentic Indian street food dishes inspired by the ‘streets and markets of Delhi.’

However, having proved a huge hit among diners prior to the pandemic, the restaurant – like thousands across the UK – was forced to adjust its business model to serve up takeaways and continue trading during the crisis.

The transition proved such a hit however that the restaurant was invited to compete on the BBC2 show to go head-to-head with some of the nation’s top Indian eateries and it beat off stiff competition to come out on top.

The eatery was also crowned best street food restaurant of the year at the Asian Curry Awards.

Elahi said: “We had a vison to create a new kind of Indian dining experience, bringing the true flavours and atmosphere of dining in Delhi to central Newcastle.

“When we set up, we knew we had to create an experience that people really bought into.

“There are so many fantastic Indian restaurants in the North East and we knew it had to be something that was going to take people on a journey.

“We hired a chef who hails from Delhi and we invested heavily in creating an experience where, when people visited, they aren’t just eating food, they’re also getting an immersive experience through the décor and atmosphere.

“We had to battle during the two years of the pandemic but we’re still here. Before Covid, we were doing really well. We built a great reputation very quickly. People just got it. They understood what we were about.

“It’s not just the taste, it’s what you see, what you hear. Diners hear the sounds of the street and they feel the ambience. It’s a real experience.”

Following their early success in Newcastle, the owners – brothers Shah and Elahi Amin, Gaurav Dayal and Husband and wife Garry and Neha Goyal – set about expanding their concept and the search for a second venue got underway.

After receiving a tour of Sunderland city centre by Sunderland BID and the business investment team at Sunderland City Council, the founders were shown around the former Funky Indian and Café 420 site adjacent to the Winter Gardens and immediately made their decision.

Since signing the lease in January, the venue has already been trading as a takeaway but will officially open its doors to the public on Wednesday 8 June, creating 20 jobs.

He added: “The Borough Road site is perfectly located. We scoured the city for a while looking for the right spot however as soon as we saw this, we never looked back.

“There’s so much going on in terms of development across the city and this is strategically located right at the heart of everything.

“The BID and the Council were very, very supportive. They’ve been in touch all of the way to ask if we needed anything and to help, we’ve had a really good reception.

“They even gave us a tour of the city centre to show off all of the developments.

“What we also found is people are really passionate about Sunderland. People seem to have really bought into what’s going on and are really excited by it. You can sense it.

“You know it’s on a journey and we’re looking forward to joining them and working with all of the other fantastic Indian restaurants in the city.

“Offering wise, our Sunderland friends can expect much of the same. The bar will be slightly different as we’ll have a solid bar offer where people can enjoy a quick drink such as draft beers and cocktails. We also have a fantastic cocktail menu which is made up of Indian inspired drinks.”

Cllr Graeme Miller, leader of Sunderland City Council, added: “My Delhi is a fantastic success story for the North East and we’re confident it will provide a huge boost to the city’s evening economy.

“Since opening its doors in 2019, the business has continued to grow despite the setbacks of the pandemic, and we look forward to playing a part in its journey as it continues to go from strength-to-strength.”

For more information on Sunderland as a place to do business, visit: https://www.mysunderland.co.uk/business-and-investment