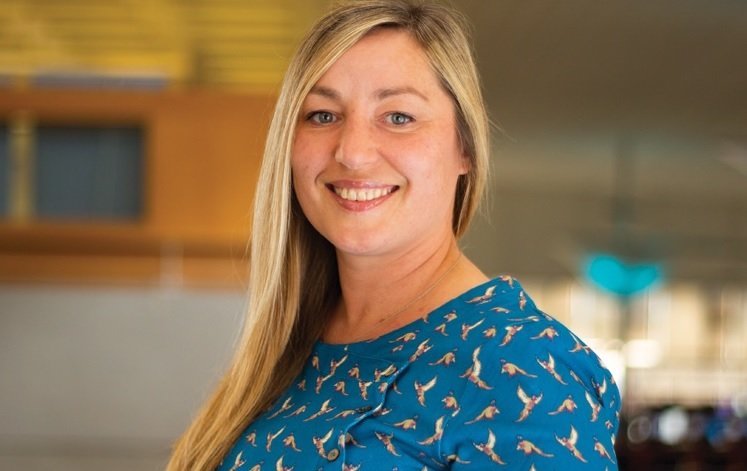 A Sunderland academic has been honoured by Northumbria Police for her role in setting up a pioneering scheme that supports vulnerable people in police custody.

Two years ago Dr Donna Peacock co-founded the volunteer Appropriate Adult scheme created by Northumbria Police in collaboration with the University of Sunderland and subsequently adopted by the Office of the Police and Crime Commissioner (OPCC).

The concept behind the scheme was to allow students to train as volunteers to act as appropriate adults in custody.

The implementation of the scheme, the first of its kind in the country, witnessed a reduction in officer time in custody and increased the safeguarding principles attributed to vulnerable adults in the custody arena.

Since its inception the scheme has proven to be a great success and rolled out to other UK forces.

Dr Peacock, a volunteer herself, has dedicated hours of her own time delivering training and managing the scheme; whilst at the same time juggling her full-time role as a Principal Lecturer in Social Studies at the University.

Her work has now been honoured with a Citizen in Policing Instilling Pride in Our Community Award 2019.

The award is given to a volunteer who has demonstrated pride and dedication throughout their voluntary service and is an advocate for the services provided by policing, who champions the work carried out by Northumbria Police and the OPCC.

Dr Peacock said: “It is a great honour for our appropriate adult scheme to be recognised with this award.

“Working in partnership with the OPCC and with the support of Northumbria Police, our University has been able to provide 24/7 support to mentally vulnerable people throughout the time that they are detained in police custody to ensure that their welfare needs are met.

“The scheme has been in operation for two years now, and its success is a testament to the hard work and dedication of all our student volunteers.”

Northumbria Police Police and Crime Commissioner Councillor Kim McGuinness said: “Without Dr Peacock’s commitment and determination a scheme of this scale would not have been possible.

“Her diligence to help create a programme that is the first of its kind in the country pays testimony to her drive to make a difference.

The success of the scheme has allowed her to showcase this pioneering piece of work. She now assists other forces and OPCC’s in developing appropriate adult strategies based on Northumbria’s model.”

All students are trained as appropriate adults under the Police and Criminal Evidence Act (PACE) to provide a 24-hour volunteer service across the Northumbria force area.

The volunteers provide a whole host of support, from providing explanations of the custody process to helping vulnerable adults to understand their rights and entitlements.

They can offer assistance, advice and emotional support throughout a person’s time in police custody.

The scheme has now been opened up to all students of the University due to its success.

Dr Peacock explained: “The students also tell me that they gain a deep sense of personal satisfaction from being able to help.

“They feel that they have gained valuable experience, skills and knowledge which has enhanced their employability.”